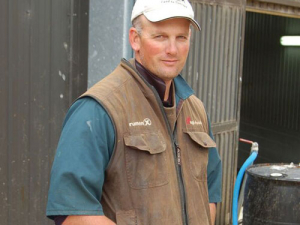 The review application to the High Court was due to be lodged as Rural News went to press late last week, but was yet to be confirmed.

It was understood a number of grower and farmer organisations were involved with HortNZ leading the process.

The Proposed Waikato Regional Plan Change 1 had already been released for submissions when the regional council withdrew more than 120,000ha from the process. The Hauraki iwi had questioned consultation and this needed to be sorted, the council said.

Horticulture NZ (HortNZ) chief executive Mike Chapman says they want a judicial review of the Waikato Regional Council’s decision to take that area – about 11% – out of the plan change and run a separate consultation process with Hauraki iwi.

“By dividing the area up into two bits, we have now got two regimes running, it will be awkward trying to do submissions on both,” he says.

“Some of our vegetable growers have existing growing operations on either side. We should have been consulted; it is just not the way you do things. So we are asking the council to either remove the whole lot, or keep the whole lot in and do a proper combined consultation process.

“It is about getting the process back on track. There is no suggestion we are not supporting the clean-up of the Waikato River. We are just saying there is a process,” Chapman says.

“Pulling part of the area out and running separate consultation process on that is very messy and who knows where it will go? They need to deal with the whole process as one.”

The planned judicial review aimed to get the process working so everyone is on the same page, Chapman says. They want the submissions for the entire catchment to coincide “so you can actually deal with the whole thing appropriately”.

“The Resource Management Act talks about we should deal with catchment by catchment, and this area feeds into the Waikato River. How can you have part in and part out when you are trying to clean the river up?

“To me it doesn’t make any sense and for the sake of making the process better, why don’t you take it sensibly?”

Feds’ Waikato president Chris Lewis says it is not anti-plan or anti-environment. “It’s just for a level playing field,” he says.

The iwi have been “very smart and very strategic – nothing just pops up at the last minute”. The Feds have been involved the whole way through. The Collaborative Stakeholders Group (CSG) process was two and a half years and finished in June. There was preparation time before that.

“The CSG process whether you like it or not was a process. But now you have this consultation with Hauraki iwi.

“We have 120,000ha not potentially in the submission process. The whole way through – whether we liked it or not – we have been involved in this from Port Waikato where the water goes into the sea, all the way up to Taupo,” he explains.

“When you take the lower stream out of it, which is just as important as the upper catchment, it has created a headache from a policy side.

“How do we submit on it, how do we look at all this when our thinking is based on a whole regional plan from the last few years of work? It’s unfair.”

OPINION: This old mut would like to tip his hat to the Government for its move to extend pay freezes…