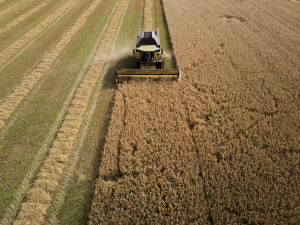 Nominations have opened for the 2022 New Zealand Arable Awards.

“We’re a sector that generates $800 million of sales a year, $260m of that in exports, and we’re determined to better highlight to fellow New Zealanders the role we play,” says Federated Farmers arable industry chairperson Colin Hurst.

Federated Farmers, the Foundation for Arable Research, United Wheatgrowers and the Grain & Seed Trade Association are working together to make the 2022 New Zealand Arable Awards a showcase of the sector’s people and products, recognising, celebrating and rewarding excellence.

“Not only are we world leaders in seed production – 60% of the world’s radish seed, 50% of white clover seed and 40% of global carrot seed, for example – the maize, feed and grass seed we grow is crucial for the New Zealand dairy and meat producers who drive the lion’s share of our export receipts.”

Hurst says New Zealand-grown wheat for bread products has assumed more importance due to supply chain disruption and the war in Ukraine.

The growing diversity and impact of the arable industry is reflected in the fact that the 2022 awards have been expanded to eight categories, Foundation for Arable Research chief executive Alison Stewart says.

"As well as recognising top maize, cereal and seed growers and a standout agronomist, there are awards for Emerging Talent, Environment & Sustainability, Innovation and an ‘Arable Food Champion’ award open to both growers and those innovators who turn our seeds and grains into end products that consumers want to snap up," she says.

An overall winner will be chosen from the eight category winners.

“We’re building this event up to be a ‘must attend’ on the arable sector calendar,” Stewart says, “It’s time the arable industry stood up and told the rest of New Zealand just how good we are!”

The awards event will take place at Te Pai, Christchurch on 4 August.

Nominations are open at www.arableawards.co.nz .