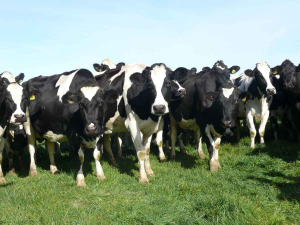 Hokitika-based processor Westland says it is looking at suspending milk collection from Canaan Farming Dairy Ltd, which operated the Gloriavale dairy farms, following an Employment Court ruling that members of that community working long hours from the age of six were employees.

The ruling referred to "strenuous, difficult and sometimes dangerous" work done by children.

Gloriavale's farms supply around 900,000 kgMS a season to Westland Milk. Based on next season's average opening forecast of $9.50/kgMS, this would mean a $9 million loss of income annually for the community.

It is highly unlikely any other milk processor would be keen to pick up Canaan's milk.

Canaan Farming spokesman, Stephen Standfast told Rural News that it is in consultation "with the appropriate bodies and agencies to ensure impacts of potential suspension of milk supply are considered and addressed to ensure responsible outcomes".

He says Westland Milk has been in contact with Canaan Farming and they are in discussion with the company about the concerns raised.

"We have always supported Westland Dairy Products and will comply with government legislation and, in particular, the conditions of supply to WDP," Standfast told Rural News.

"It is our commitment to adhere to continuous improvement and implementation of sound principles, fairness and dignity."

Wyeth says Westland will work through a range of other issues that would be caused by abrupt cessation of milk collection - such as animal welfare and environmental issues caused by milk disposal. "Suspension of milk from farm controlled by Gloriavale will have minimal impact on Westland's operations," Wyeth adds.

Westland Milk's decision to stop collecting milk from farms owned by reclusive Christian community Gloriavale is heading for a showdown in court.