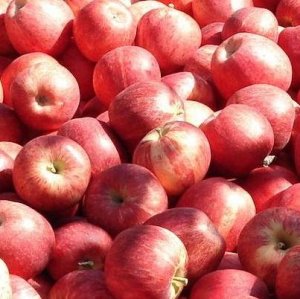 New Zealand's horticulture industry now accounts for $1 in every $13 of exports, with an annual value of close to $3.5 billion.

"Horticultural exports have been steadily increasing since the 1970s, and are now worth more than $3 billion," says Peter Landon-Lane, CEO of Plant & Food Research. "New Zealand is known globally as a supplier of premium horticultural products. Our wine sector has had huge success in growing the popularity of Sauvignon blanc, due to its unique flavours.

"Similarly, our fruit sector is known for introducing novel products with great taste profiles. Added to this, our production systems are known to exceed sustainability and phytosanitary requirements. This innovation and diversification has allowed us to create and maintain a premium in the global marketplace."

Fresh Facts has been produced annually since 1999 by Plant & Food Research with support from Horticulture New Zealand. Copies of the publication can be found at www.freshfacts.co.nz.

• The value of horticultural exports has doubled since 2000

• Fresh fruit exports are valued at $1.5 billion, including close to $1 billion of kiwifruit

• Australia is the largest export destination, receiving $756 million of New Zealand's horticultural produce, close to 5 times the produce received in 2000. Other key destinations include Japan, the UK, the USA and Europe.