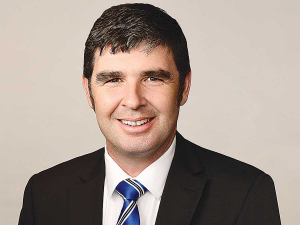 Positive sentiment still prevails across horticulture, but Government policies are weighing on the minds of growers.

He was commenting on results of Rabobank’s early September confidence survey of 59 horticulturalists (see sidebar for details).

The results saw only minor shifts, some up and some down, in results pertaining to their own businesses.

But 30% of horticultural players surveyed expected the wider agricultural economy to worsen in the next 12 months, which was up from 17% in June. Among reasons for expecting this worsening, 68% cited Government policies.

Higgins says there is positivity across horticulture, underpinned by increasing demand for products.  Export receipts were up about $600 million in the year to June 2019 with the total export value of fruit, nuts and vegetables at $3.9 billion.

Kiwifruit, apples and other key products have had export growth for a long time. But at micro ‘NZ Inc’ level concern is rising about Government intervention, regulation and policies that may impact horticulturalists.

Concern in Rabobank’s surveys about Government policies spiked at the time of last election. Before that, from 2009 concern was virtually non-existent -- never more than 25%, Higgins says.

It peaked at 100% in September 2017, started dropping after the election but is now back to 68% in this survey.

This latest survey was run in early September before the water consultation process was announced.

“So it is possible concern over Government policies could worsen in our December survey. We will need to see the results but that could be the case.”

But it is not all bad news from the horticulture sector.

Positivity is reflecting through into some of the on farm costs, with the expectation of those lowering. Positive news on labour may have helped, such as improved RSE scheme caps, Higgins says. But horticulture will still complete with some other agri and non agri sectors for labour, he says.

The survey results also show continued strong desire by growers to invest in their own businesses -- in capital or productive assets.

“Twenty seven percent expect to increase their investment in the next 12 months and around 69% expect it to stay at the same level as the previous 12 months. So close to the 100% still have strong investment intentions in their business.”

About 83% of all respondents see their business as viable or highly viable in the current environment and for the next 12 months.

“Much of that is underpinned by strong export prices received in the market. They are seeing strong demand for their product which is encouraging them to continue to invest in their business.”

Businesses’ viability has seen a rising trend since September 2018, Higgins says. That relates to continued growth in export values following back to orchard gate return. Some sectors may be a bit more challenged if they rely on the domestic market.

“But certainly the overall theme is a strong response to viability and investment.

“Tempering that is likely some expectation from growers that export markets might tighten up a bit in the next 12 months. This is relative to what we are seeing globally with some geopolitical issues and the ongoing trade war between US and China.”

Overall Higgins says positive sentiment prevails across the horticulture sector, notwithstanding lack of clarity about what regulatory changes may bring over the next 12 months.

“But still we need to see the impact of what those regulatory changes might be, particularly for water over the next survey in December as growers get a better feel for what they might look like.”

A ‘watching note’ of caution that influences outside New Zealand could impact horticultural returns in the short-medium term is being sounded by Rabobank senior horticulture analyst Hayden Higgins.

Any downside risk in the Chinese economy has potential to flow into disposal incomes, he says.

China including Hong Kong accounted for about 20% of our fresh fruit, nut and vegetable exports last year. Export receipts to those destinations grew by $147 million in the year to June 2019.

“We have a lot of eggs in one basket.”

Adding in Taiwan brings us up to 27% of our exports. And the wider Southeast Asian region is also heavily dependent on China for GDT and trade.

“Any downside can have an impact on disposable incomes. So we are yet to see how that plays out and we are expecting to see a slowdown in economic growth occurring across some of those key trading markets.

“But we are still seeing import growth and consumption growth in those markets so it is very hard to crystal ball gaze when that might flow into reduced spending in middle classes in developing economies on some of those fresh fruit and product groups.”

But China is not the only region with challenges.

“You are seeing an ongoing shambles occurring in the UK with the Brexit process and a lot of uncertainty there.

“Also there is a potential economic slowdown in the US which is another big trading partner for New Zealand.

“It is not just China and Asia it is also Europe, UK and potentially North America.”