Is biosecurity being traded away? 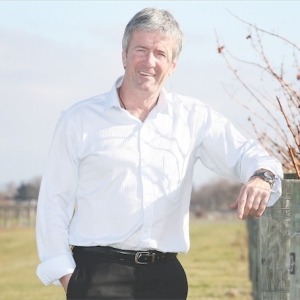 His comments come as MPI tries to catch the latest batch of Queensland fruit flies, discovered in Auckland last month. O’Connor says he’s seen MPI reports in which trade considerations have been seen as “preeminent”.

“My concern has been for years that biosecurity has been pushed to one side or has been usurped by trade considerations. So whenever there might be a need to increase the level of scrutiny at the border it’s been pushed back by people who believe it could be seen as non-tariff trade barriers.”

However, O’Connor says he doesn’t see the biosecurity risk increasing as New Zealand moves to secure more free trade agreements. (FTAs). He says all the FTAs New Zealand has signed, including the one with China, have left in place our sovereign right to protect our borders.

“That will always be the case. From a biosecurity perspective those things should never be traded away and I don’t think they have been, but officials get overly sensitive to the issue of non-tariff trade barriers.”

O’Connor won’t comment about what is happening ‘on the ground’ in Auckland; he trusts MPI staff will be doing all they can to deal with the problem. But he is concerned about the overall capability of MPI to deal with the fruit fly incursion.

“I have [heard] that in other core areas of MPI’s responsibility some expertise has been diluted as the tasks have become more generic. I’m sure they’ll have people on the ground who’ve been roped in and that’s good. But I guess [dilution of expertise is in] the nature of having a big multi-task organisation.”