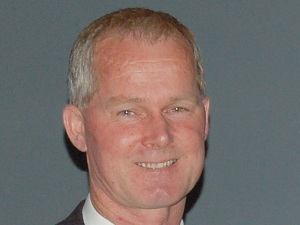 The only infected farm is a large beef feedlot, with planning underway to start clearing it later this year.

Four years after the arrival of the disease in the country, eradication still remains the goal of the Government and the farming sector.

Last week, Prime Minister Jacinda Ardern thanked the primary sector for its efforts to eradicate the disease. She also acknowledged the pain and suffering endured by farmers.

"No one in the world had attempted to eradicate M. bovis before, and it we were going to try something that had never been done, we needed to do so together," Ardern said. "I want to acknowledge how tough it's been for those farmers who have lost their herds and stock genetics build up over decades. Your action has preserved our productive sectors that underpin the prosperity of all New Zealanders."

DairyNZ chairman Jim van der Poel said a lot was owed to farmers for their efforts in eradicating M. bovis and the robust biosecurity practices on-farm, which continues to be important.

"This programme has at times been challenging for farmers and it's important we acknowledge that. That work means we are now on a clear path to eradication and this transition will help maintain that status."

"Farmers will remain at the centre of our work because without them we can't get to the point of proven absence of the disease."