Kiwi farmers must head off Europeans 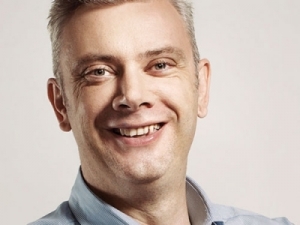 KPMG's global head of agriculture Ian Proudfoot, who is British, says the outcome of the Brexit referendum was plain to see for several months.

He was reminded, as he watched the votes flow in, of the words of Margaret Thatcher, who predicted the EU "would shift from an economic community into a pseudo, largely unaccountable political union over time".

Proudfoot says the Brexit debate was an appeal to the hearts of people and the facts were largely ignored.

"Despite the EU evolving as many British people had feared, my head was saying remain. The premature admission of the emerging Eastern European economies, the terrorist risk associated with the free movement of people across the continent, the economic collapse of Greece and the shear cost of the union to the UK all supported leaving," he told Rural News

"But the only way you can make change and improve any organisation is from the inside. Change was critical for the good of the UK, Europe and the global economy. Staying in the EU was Britain's best chance to recover its global influence and leadership."

Proudfoot says UK farmers strongly supported Brexit, due mainly to the strong environmental constraints imposed on them by Brussels. But he says they seem to have forgotten that they receive 55% of their income from the EU and it is unclear what Britain itself will do with agricultural policy.

He says there is talk that the UK will go with an EU type common agricultural policy.

"But actually there is an opportunity for Britain to take a more foresighted view and do what New Zealand did in 1984 and say 'we are going to put in place a process to move our agriculture to become subsidy free'. Think about the benefits this has had for NZ; why can't Britain do the same?"

Proudfoot reckons much of Britain's funding of the EU was directed to the common agricultural policy and international aid. Who will fund this deficit remains to be seen; the risk for NZ is that European farmers will become more competitive.

"The passion European farmers have for the food they produce gives them a significant advantage in the provenance stakes over our products," Proudfoot claims. "That makes it even more critical we get closer to consumers and deliver them the food they really desire."

Build more and be damned!

Water storage is one of the keys to helping rebuild NZ's economy in the wake of COVID-19, says Ian Proudfoot, KPMG’s Global Head of Agribusiness.