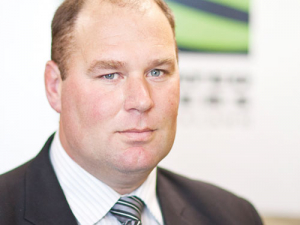 Bacon without pigs, milk without cows – are they a threat to New Zealand’s agriculture sector?

He says some commentators cite the example of Kodak and its slowness to react to the change to digital and how the dairy industry in New Zealand should learn from that.

“They do fail to grasp that for me, I suddenly can’t go and sell my cows and buy a lab. I don’t have knowledge in that field or skills in the field.

“My assumption will be this; if the majority of world demand shifts to lab-produced food stuffs … there will likely always be a demand for naturally produced foods. But this will be a select market and the consumers in this market will likely have high expectations. In my view, our response as farmers to artificial food isn’t to join the laboratory race, but to instead ensure that we have the best providence story we can provide to consumers,” Hoggard says.

“That means the bar will be continued to be raised on those three areas - the environment, animal welfare and our people.”

Even if artificial foods don’t become a real threat, farmers still need to be doing the same thing anyway with its current competition and societal demands, says Hoggard.

Producers of milk made from yeast are aiming for a product launch in the second half of 2017. Made in the lab from yeast, it will be a product virtually indistinguishable from cows’ milk.

Because it will have the same proteins, fats, sugars, vitamins and minerals, it will also taste the same, according to developer, Californian research and development company Muufri.

But the milk will be able to be made without the typical cholesterol, allergen lactose and bacteria in cows’ milk; meaning it will be healthier and won’t need to be refrigerated – giving it a much longer shelf-life.

In August 2013, a team of Dutch scientists showed off their lab-grown burger and even provided a taste test. Late last year, the American company Memphis Meats fried the first-ever lab meatball.

Those who have tasted these items say they barely differ from the real deal.

The Dutch and the Americans claim that within a few years lab-produced meats will start appearing in supermarkets and restaurants.