Lamb losses near and far 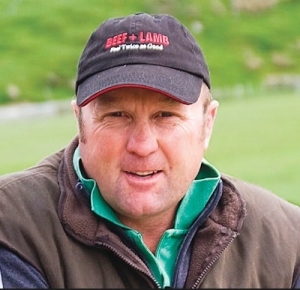 “You can see exactly what’s going to happen,” Beef + Lamb New Zealand chairman Mike Petersen told Rural News. “There’s going to be low and slow supply from both the EU and New Zealand which is going to make it incredibly hard to fill Christmas orders.”

Petersen had just returned from a whirlwind visit to the UK, France and Belgium. In the UK thousands of ewes and cattle are dead under snowdrifts so deep they won’t thaw for weeks, farmers say (see sidebar story). Ireland, another regular exporter of lamb, is also reporting a poor spring.

With Easter later next year – April 18-21 – the surge in demand for that market may not be so hard to meet, but overall supply from New Zealand will definitely be down says Petersen.

“This drought is significant, not just for the number of lambs there’ll be, but for farmers’ ability to feed stock through pregnancy and lactation.”

The mutton kill, already exceeding 3m head as of last week, was “still galloping ahead” in the North Island last week, another indicator the lamb crop will drop. “A lot of those ewes would otherwise have gone to the ram.”

Beef + Lamb New Zealand economic service director Rob Davison says it is a bit early to put figures on the drought’s impact on the lamb drop, but acknowledges there’s bound to be an affect. “Clearly ewes are in lighter condition and that will pull our lambing percentage back,” he told Rural News.

Looking at the impact of previous droughts he estimates this one “will probably have knocked five percentage points off” tailing numbers nationally already.

It’s also probable a lot fewer hoggets will be mated, given the scarcity of feed and lower weights of lambs going to slaughter. “The cumulative kill weight is down 0.7kg/head to date in the North Island and in the South Island it’s 0.06kg/head down.”

Compared to this time last year the number of lambs killed is about 18% ahead nationally and 24% ahead in the North Island, though last year’s growthy season and good prices saw many farmers hold onto lambs longer than usual, he notes.

Access to grass remained a problem last week, ten days after the first of the storms struck, and alternative feeds were having to be provided.

While Biggs didn’t mention it, reports from elsewhere in the UK talked of problems finding adequate quality feed following a terrible summer and autumn last year.

Biggs said as of last week it was impossible to put a figure on the losses and impact on the lamb crop.

“In 2012, the UK produced a crop of 17 million lambs. The expectation was that the crop in 2013 would be of a similar size, however it’s now likely that this figure will be revised down to some extent, although it currently seems unlikely that this will have a significant impact on supply.”

Meanwhile the National Farming Union of England and Wales (NFU), told Rural News the March snow was the worst in living memory.

“Drifts over 20 feet deep have been reported in parts of the Pennines, West Yorkshire, Cumbria, the Midlands and Wales.”

Snow fell across much of the UK and while the worst losses were highly localised, some areas were reporting the deaths of thousands of breeding ewes.

Adding insult to injury, UK legislation means farmers with many dead stock now face bills “amounting to thousands of pounds” to have the carcases collected and disposed of.

At the NFU’s request, the English ministry responsible for farming, Defra, and the Welsh Assembly, have permitted on-farm burial for a limited time, but the scale of loss on some farms makes that practically impossible, says the NFU.

Charles Sercombe, chairman of the NFU livestock board, says numbers of dead sheep recovered from the snow are starting to pile up in farmyards.

“We are receiving reports of farms with hundreds of breeding sheep that have been lost in drifts; aside from the long-term impact that losing this number of breeding animals has on the farming business, they will now be faced with a bill of several thousand pounds for disposal.

“We understand the relaxations announced, but burying large numbers of animals on farm is not realistic. We need government and [National Fallen Stock Company] NFSCo, set up to find ways of reducing the cost of fallen stock disposal, to come up with a plan using contingency funding to move these animals from farm without charge for those farmers and dispose of them responsibly.”

NFU President Peter Kendall says the past year’s weather in the UK – unrelenting rain and floods through summer and autumn, and a long winter and snowy spring – has “completely knocked the stuffing out of the industry.”