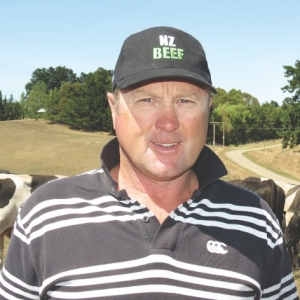 THE OUTLOOK for lamb right now is tenuous, according to Beef + Lamb NZ chairman Mike Petersen.

He told Rural News that for farmers the issue is price, even though it has not descended to the levels seen five years ago. Petersen says this is rocking the confidence of many farmers at a time when they face the decision about how many ewes to put out to the ram in March.

“When we look at the affluent markets we are selling most of our sheepmeat to, particularly in Europe and the USA, those economies are very, very sick. I’d say it’s going to be volatile for a while longer. We’re just hopeful we can get renewed demand at much better prices so it comes back to the farm
gate. But I haven’t got a firm handle on where that’s heading right at this moment.”

Petersen says given the present situation there is a risk sheep farmers will turn to dairying – particularly in the south.

“I think the swing to dairying in the South Island is becoming a landslide and I am concerned about what’s happening there. When I see mates of mine who’ve got high country stations in Central Otago and they are putting 2000 dairy cows on them, I ask ‘is that really the right thing to do?’ ”

Petersen says he respects people’s decisions to convert, but land converted from sheep to dairy is seldom converted back to sheep. He believes further irrigation schemes may also encourage sheep farmers to convert to dairying or dairy support.

The meat industry cops a lot of flak, says Petersen, but people should not underestimate how quickly the meat companies are diversifying away from Europe and the US. He points out that New Zealand only filled 70% of its quota to Europe last year.

“Look at China, our second biggest market by volume now and they are moving very quickly up the value chain.

“In Indonesia, where I was just before Christmas, the inquiry there about sheepmeat was very strong. So don’t underestimate just how quickly this is happening.”

Petersen says many farmers are taking a long term view of the sheepmeat market. He believes they are looking three to five years out and saying there is good money to be made.

Petersen reckons, even with the dry weather on the North Island East Coast, many farmers there are still making good money. But he concedes it’s tough going.