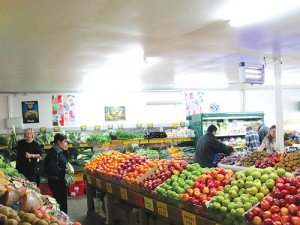 Concerns have been raised about land-use restrictions proposed in the Waikato Healthy Rivers Plan that will impact on fruit and vegetable supplies.

The Primary Land Users Group (PLUG) says it agrees with public comments on rising fruit and vegetable prices, and that many New Zealanders are struggling to afford enough fresh produce for a healthy diet.

“A huge percentage of the country’s population rely on the Waikato region’s fruit and vegetable producers for security of food supply, and with the restrictions on horticultural land use imposed by the PC1 they will lose the security of supply that they now have.

“[Under the changes] the Waikato Regional Council has effectively declared that horticultural land use is a non-complying activity and should be prevented from expanding into new areas of the region. This will have the effect over time of reducing the amount of land available for horticultural production, so reducing the supply of fruit and vegetables.”

Cameron says the shortage will cause prices to rise and supply will have to come from outside the region. He says the new Government’s competition law will have little effect if there is no security of supply.

“And that is exactly what we will have as a result of PC1’s restrictions on the horticultural land use.”

Cameron says the new Government is also wrong to think that raising the minimum wage would make it easier for many parents to feed their children a healthy diet.

Under the land-use restrictions in PC1, the raising of the minimum wage, although in itself a great help to low income families, will not have any effect on feeding children a healthy diet because of a shortage of locally produced food.

“Food security is only one of the many economic challenges should PC1 be approved in its current form.”

A group of high school students have spent four days on a live-in event at Waikato University to learn more about career opportunities in agriculture.