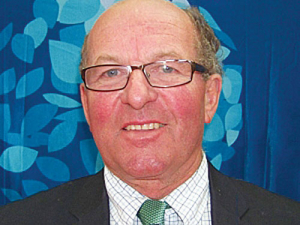 The wool industry might now be in a slightly better situation today had it voted for a levy in 2014, says Blenheim farmer Derrick Millton.

Nevertheless wool may bounce back, just as dairy has done, he says.

“The wool industry or the growers have very little say in the whole operation of our industry,” Millton told Rural News, when asked to comment on the low prices for wool.

“It is really the result of not having that levy. The organisation of wool growers and the ability to work together is lost because of the lack of a collective with any funding at all.

“NZ Merino was very keen to squash the levy, saying it was a dumb idea, back when we were trying to get it in place. That probably helped to make farmers vote against it.

“If we had had some sort of levy organisations we might have been able to do a little more than we’ve done.”

Millton was a member of the wool levy group which proposed a wool levy to set up an industry-good organisation. The vote for the levy was lost 57% to 43%.

As a wool grower himself, Millton says it is now a very frustrating exercise growing wool, but the high price of lamb counters that somewhat.

Shearing cross-bred second-shear sheep for probably a net return of zero after paying costs is something woolgrowers have to endure.

“With the price of wool at the moment it feels like nothing will ever happen,” he says. “The problem is the Chinese aren’t buying wool, and carpets are now being made more with synthetic material.”

But he points out that when the price of dairy products dropped rapidly “we thought they were going to be there for ever and now it has turned around and they are on the way back”.

“So don’t lose heart in wool. There might be a change when the supply and demand curves change. It may be slightly better than we are thinking at the moment, provided we can sort out the Chinese issue and the amount of wool they have in stock.

“There are a lot of rumours and gossip about what is wrong with wool but basically it is just a wee hiccup I think.

“Sheep are still pretty profitable at the sheepmeat price we are making at the moment, so I don’t think we will see a big drop in sheep numbers as a result of the wool price.

“Not the whole wool industry is down: the Merino half-breed part of the industry -- which is not very much, probably about 9-10% -- is doing quite well.

“That wool is still selling well and going into completely different areas than the rest of the clip. So it is not all wool – just crossbred wool, particularly second-shear -- that is having trouble.”