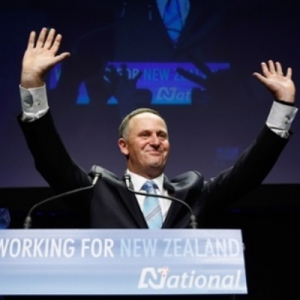 There is a clear political mandate for reform of the Resource Management Act, says Federated Farmers.
Feds president Dr William Rolleston says vital reforms to the RMA have been stalled for want of support from National's partners in the last Parliament.

But National's victory in Saturday's general elections will change that; John Key's party secured 61 seats in the 120-seat Parliament. It also has the backing of United Future (1 seat), ACT (1) and possibly the Maori Party (2).

"There is no ambiguity or room for conjecture on this.

"With major water reforms underway, via the National Policy Statement on Freshwater, we have three-years for these reforms to bear fruit. We also have three years to improve the information the public have to become informed by fact instead of fear.

"Some of the electoral majorities are staggering, especially in rural Canterbury, where communities clearly want to control their own destiny. In urban areas, National won the Party vote in liberal Wellington Central to blue collar electorates like Mt Roskill and Hutt South."

The electorate have also sent a message to political parties that New Zealand's best response to global climate change is to lead the world on carbon efficiency, instead of just blindly slashing production, he adds.

"Agriculture and environment were political footballs this election and it is clear the electorate did not buy the line that farmers are shirking their environmental responsibilities. Political parties must reassess policies that clearly do not chime with the electorate.

"We see the 2014 General Election is a vote for New Zealand to become a primary superpower, not only doubling our primary exports by 2025, but by building resilience in our economy through spring-boarding new technologies and services based on our biological strengths, and by adding value to our primary products.

"This is why we need to invest in, and enable, science and innovation - one thing Federated Farmers will work with the National-led Government on. Not to mention a land register to end the political circus around foreign ownership."

Federated Farmers is equally committed to working with Opposition parties in order to help them broaden their support base.

We need Opposition parties that farmers would again feel comfortable belonging to, he says.

"The electorate have spoken and farmers look forward to playing our part in a vibrant progressive New Zealand," Rolleston says.