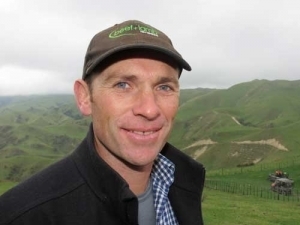 No amount of noise from farmer ginger groups will bring change in the meat industry if the company boards choose not to adopt the measures they are calling for.

"That doesn't for a second say that Beef+Lamb has no desire for a better structure and better returns for farmers. We just can't see how funding MIE is going to achieve any of the stated goals that they have," Parsons told Rural News.

"At the end of the day it needs to be driven by the people that have the levers around these commercial companies. The boards of the companies need to be getting together.

"If they have no appetite, no matter how much lobbying and noise that farmer ginger groups make, if the board chooses not to adopt some of those measures it is just not going to happen.

"That is despite MIE having endorsed candidates being elected onto the boards of some of those co-ops."

Regarding further funding to MIE, Parsons says "we felt these guys had done a lot of work with considerable effort – they are very passionate farmers that want structural reform and there is nothing wrong with that.

"However, they've already done a significant amount of work – the Pathways report which is farmer funded through B+LNZ levy investment – and despite all their efforts they haven't been successful to date in terms of achieving that structural reform.

"If anything it is further away with the Silver Fern Farms shareholder vote, which was strongly in support of the deal with Shanghai Maling.

"MIE has also had no support from the boards of the two cooperatives. So for B+LNZ to further fund MIE to push their agenda – when clearly there is no appetite for change from the board or the shareholders of one of the cooperatives – would not be wise investment."

MIE have also proposed in a remit to the B+LNZ annual meeting, on March 23, that the two positions of processor representatives on the B+LNZ board be removed and replaced initially with directors of MIE.

Parsons says a review of the B+LNZ constitution is also underway – which it committed to mid last year. They will discuss the review at this year's winter meetings with farmers.

"We already started the process of looking at the constitution. We already had some board papers on it when their (MIE) remit came through.

"We also didn't think it would be appropriate for MIE to then put up directors. They are a small group of enthusiastic farmers.

"There is a process we would need to run if we were to have independents on the board - we changed the governance structure to not have processor nominated directors there.

"It wouldn't be appropriate for MIE to then have the right to put those directors up."

In a newsletter to farmers, MIE chairman Dave McGaveston says B+LNZ has done a good job behind the farmgate, but needs to step outside its comfort zone and swing support behind MIE's approach to resolve the issues beyond the farmgate.

He says if the Silver Fern Farm deal with Shanghai Maling goes through, most pundits are predicting the procurement war will end with an eventual foreign monopoly of our supply chain.

"What's increasingly obvious as we lose a million plus sheep every year, year on year that the best efforts of B+LNZ are not working," he says.

"It is time our farmer organisation had a makeover."

There has been no attempt to come to grips with the issues and solutions identified in the Pathways Report, McGaveston says.

"The Red Meat Strategy report identified that over 50% of farmers lack the wherewithal to adequately reinvest in their business.