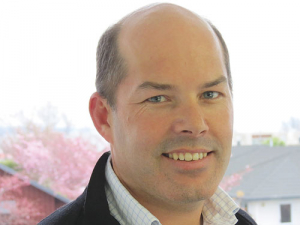 Miraka chief executive Richard Wyeth believes a highly-engaged team with a good culture will only help a company be financially successful.

We spoke to Miraka Dairy Company chief executive Richard Wyeth about the company being a finalist for the Māori Agribusiness Award at the Primary Industries Good Employer Awards.

The winners of the inaugural awards will be announced next week at an awards dinner at Parliament.

Miraka is the only Māori dairy company in New Zealand. It started production with just 34 staff; today it has 120 employees and has moved from being a commodity producer to manufacturing value-add products sold around the world.

While the company has expanded its production, at the same time it has continued to build a strong whanau-based culture among farmer suppliers and staff. It has a financial reward system called Te Ara Miraka for suppliers, which allows them to earn money over and above the set payout – if they perform to prescribed standards.

Chief executive Richard Wyeth is a people person and one who believes that a highly engaged team with a good culture will achieve good financial performance, as seen in Miraka.

Wyeth also believes in giving staff a say in creating the company’s culture. To achieve that he decided to build on the results of a staff survey which showed that people in the company wanted recognition, rewards and good performance management.

“The staff said these were the most important, so we put an emphasis on this and put working groups in place to translate that into some action we could take,” he told Rural News.

“They came up with a series of awards: Rookie of the Year, Leadership, Innovation, Kaitiatanga and Integrity. For the staff there is no financial reward attached to winning any of the categories – just the prestige.”

What’s different, says Wyeth, is that staff vote for people in the various categories, although there is an oversight judging panel.

“It’s purely for the trophy and recognition from their peers and is all about being part of the Miraka whanau. The awards are presented at the annual staff dinner which adds to the positive atmosphere of the event,” he says.

Also very big for staff is that the trophies are carved by a local master carver, Delani Brown, which Wyeth says adds to the legacy of the awards.

“Delani came along to our staff day and talked about the story behind each of the carvings. The staff thought this was great and it created new meaning and depth to the awards.”

Wyeth says he’s very proud of the culture at Miraka and it impresses visitors to the company’s site. The staff have created their own haka and waiata, performed on special occasions for visitors.

“It’s a different level of engagement and is world class,” he adds. “The academics say that a highly engaged team with good culture will lead performance. I really enjoy dealing with people who turn up for work with a good attitude. If people do that they can’t help but succeed.”

The Hokitika based dairy company, Westland Milk Products has put in place its flood response plan ahead of a predicted Red storm alert for the West Coast of the South Island.

Slow start on the West Coast

It's been a slow start to the dairy season on the West Coast of the South Island.