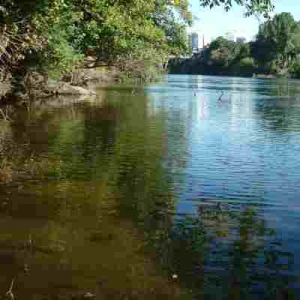 The fourth funding round of Waikato River clean-up projects will open in July.

The Waikato River Authority is signaling tighter priorities will be set up in regard to clean-up projects.

The funding round will open on July 1 this year with a closing date of August 29.

As part of its funding process, the Waikato River Authority carries out an annual review of its Funding Strategy that is published before each funding round. This year the Strategy is being updated with more direction and guidance for potential applicants.

"We've been pleased to support a wide range of projects in our first three years of funding, but we now wish to become more focused and provide more direction to funding applicants."

Among the areas the Authority is likely to give prominence to as part of the review of the Strategy include:

• Water Quality - A greater emphasis on wetland projects and those that deliver a direct and tangible improvement in river water quality.

• A Co-ordinated Approach - Projects that form part of multi year strategic plans by applicants and that have links to other catchment projects.

• Lower Waikato and Waipa - Projects that impact positively and directly on the Waipa River and lower Waikato River, which are the areas where the water quality is most degraded.

Information on the 2014 Waikato River Authority funding process will be available on www.waikatoriver.org.nz/funding .