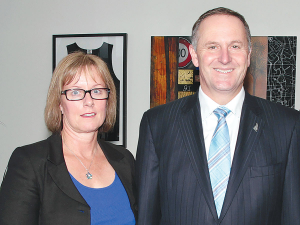 She describes being appointed National's agriculture spokeswoman is a "dream come true".

Kuriger is the first woman to hold the agriculture role in either National or Labour. She has had a lengthy career in dairy farming and agribusiness - including being a former board member of DairyNZ, Primary ITO and the Dairy Women's Network. In 2012, she was named the Dairy Woman of the Year.

Kuriger says since her appointment to the agriculture role, she's been speaking with rural leaders and advocacy groups. She says she and her team are "fizzing and ready to go".

Kuriger says part of her new role is to hold the Government to account and that she's yet to see a workable and warranted proposal from them.

"Creating change with no concept of food production is not helpful or useful," she told Rural News. "Labour has drafted a raft of regulations, altered others, and enacted unintended uses of various bits of legislation, leading to the enormous pressure now on the agricultural sector. And farmers have had a gutsful. It's too much, too fast."

Kuriger says the broad brush approach to farming will do nothing to either fix or support what the Government claims the outcomes will be.

"I intend to be out and about... I just really live for agriculture and rural communities.

"It's my reason for being in Parliament, and I'll be giving the Government a bit of a shake up."