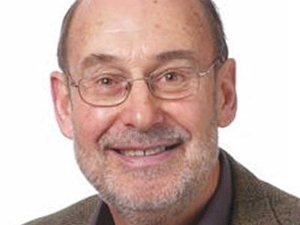 Banks usually look at historic business statistics and equity levels, but the research suggests that a better indicator of a farmer’s credit worthiness is his or her skills, attitudes and knowledge in running a farm.

Honorary Associate Professor Peter Nuthall said the study emphasised the fact that the world runs on individuals and their skills.

While a lender might form a subjective impression about a would-be borrower…“they rely on those records, credit ratings and so on to make those decisions rather than their personal feelings,” he said.

“I think that in cases where the lending levels are high, they [lenders] should be looking at not only the history but also the personal characteristics of the people concerned.

“And if you’ve got a new person coming in wanting to borrow to put up a new farming venture of some kind or other, there isn’t a great history to work on so they should be looking more formally at their personal characteristics.

“It’s all common sense really. We’ve put together some figures that show that common sense is quite good sense.”

In the recently published study, Nuthall and his colleagues Bruce Greig and Dr Kevin Old used data from a representative sample of New Zealand farm owner/operators to come up with a model which they then tested with data from a postal survey.

“The results make it clear a manager’s personal characteristics are highly correlated with debt payback and, logically, are very likely to be the drivers,” Nuthall told Rural News.

Under personal characteristics, the team considered such factors as age and experience, objectives, management style, relationships with friends and colleagues, spousal influence and even the number of children.

“A farm manager’s personal characteristics are likely to be a better predictor of future debt payback performance,” he said.

“They have a lifetime of education and experience. A farmer’s objectives, and that of their associated household, can be considered part of the human capital which should be considered including attitudes to risky situations and their originating factors.”

Nuthall said it was also important to note that the human characteristics related to payback can potentially be modified and improved.

“Counselling and psychotherapy can have very positive impacts and are likely to change a manager’s basic characteristics.

“This is a positive approach which might be used when difficulties first surface, preventing further problems. However, the manager must be prepared to cooperate in positive action which will then have lasting impacts.

“This is in contrast to short-term fire sale action.”

Nuthall and his colleagues have previously done research on factors such as farmers’ use of intuition in decisionmaking, and on farms’ financial sustainability.

While there was currently widespread concern about banks’ potentially tightening up on farm lending, Nuthall said people tended to hear only about the cases of extreme debt.

He added that, on average, most farms are not at their lending limit at all.

“There’s a goodly proportion of farms that have no debt. People seem to forget that.”