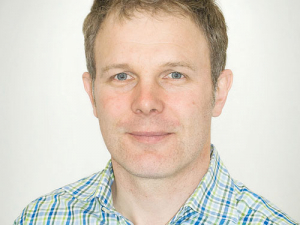 Farmers in the Hawarden basin in North Canterbury could still get an irrigation scheme by 2021, despite the failure of the Hurunui Water Project to attract enough interest to proceed.

HWP has accepted an offer from the neighbouring Amuri Irrigation Company to buy HWP’s water consents. The decision means the end of HWP, but Amuri believes it can succeed where HWP has faltered.

Amuri chief executive Andrew Barton says it is now looking at irrigating in what would have been the HWP area.

“We’ve done some preliminary work looking into that, which has been encouraging enough for us to make an offer to the Hurunui Water Project. We’ve signalled an intention to try to deliver a smaller irrigation scheme south of the Hurunui river,” Barton told Rural News.

Amuri irrigates 28,000ha in three sections, all north of the Hurunui, using water from the Hurunui and Waiau Rivers.

“We recently did a significant upgrade to our infrastructure and piped most of the scheme, and that now gives us opportunity to move our water around. We have consents to take water from the Waiau that we’re not fully utilising.”

Supplying its Hurunui-fed Balmoral scheme with unused Waiau water at times would allow more Hurunui water to go south of the river, he said.

The recent upgrade had also allowed Amuri to push back by about five years a need to build new storage capacity, whereas HWP would have had to start by building storage.

“Building large-scale storage on day one and covering those costs, particularly if you don’t get full uptake, is challenging,” Barton says.

“A smaller scheme focussed on the core area between the Hurunui River and Hawarden gives us the greatest chance of success.

“We think it’s better to establish an irrigation area and ideally we’ll include some overbuild to allow for a future expansion. We’re talking about a staged approach.”

Barton said Amuri Irrigation will need to build storage in the next five or so years.

“We see a stage one project happening first with probably a modest amount of storage on the south side of the river, then a potential second stage which might be able to go as far as Scargill and potentially as far as Omihi.

“That would happen when we built the storage in five years.”

Barton hopes the deal to buy the HWP consents can be finalised by the end of the year. The company would then re-engage with the farmers in the area, to assess their appetite for irrigation at the lower price which Amuri believes it could achieve.

He says an Amuri scheme south of the Hurunui could be operating by October 2021 – the same as HWP had in mind.

“That requires things to go reasonably smoothly, but it’s worth us trying to target that date,” he said.

The Hurunui Water Project has a long history that began with a controversial and ambitious plan for large-scale irrigation based on a dam on the Hurunui. It was progressively revised over the years to a proposal to irrigate up to 21,000ha from a storage pond fed only by high-flow water from the river.

However, in April the Government withdrew any possibility of loan funding from Crown Irrigation Investments Limited, which HWP chief executive Chris Pile described at the time as a “kick in the teeth”.

HWP then made further revisions and two separate attempts to attract farmer interest in buying water rights shares. Both failed to reach the necessary thresholds, leading to the shareholders’ unanimous decision last month to sell HWP’s water consents to Amuri.

However, Chris Pile says the outcome is “absolutely not” a disappointment. “Quite the opposite. This is the most positive opportunity and outcome for the south side of the Hurunui River shareholders.”

The parties are now working through the sale and purchase agreement, he said.

“If we can conclude this, it will be the best opportunity that our shareholders have for obtaining water.”

Pile said the work HWP had put in was not wasted.

“We wouldn’t have got to this stage without doing what we’ve done. This is another step in our journey to get water to our shareholders.”