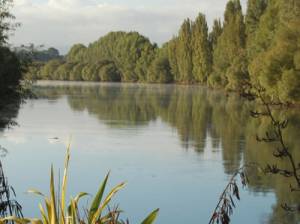 New restrictions on land use intensification in the Waikato and Waipa catchments have taken effect immediately, under a new 80-year plan to improve water quality.

New restrictions on land use intensification in the Waikato and Waipa catchments have taken effect immediately, under a new 80-year plan to improve water quality.

The plan, described as “ground breaking” by the Waikato Regional Council, is aimed at restoring and protecting the health of the Waikato and Waipa catchments.

The Healthy Rivers Wai Ora Proposed Waikato Regional Plan Change 1 – of which the land use intensification restrictions are the only part – will impose a number of requirements on farming activities in the catchments if all provisions go through to the final stage. But the plan is now subject to an extended four month submission period.

Waikato Regional Council chief executive Vaughan Payne says from early on the collaborative stakeholder group developing the plan was concerned about land use conversion in the Waikato and Waipa catchments.

“Without this land use change rule the reductions in contaminant discharges we’re seeking through this plan could be undone by changes in land use,” Payne says.

“What’s proposed by the plan is a bold response to addressing the complex problem of water quality in our rivers. It aims to balance the social, economic, cultural and environmental needs of our region by adopting a phased approach to how we manage water quality over an 80-year period. This first plan change is the foundation decade for change.”

Payne says modelling has suggested that during the foundation decade farmers profits could fall by around 4% ($40 million) per annum.

“There will be cost associated with implementing what is proposed, but if we don’t act now the costs will be far greater in the future,” Payne claims.

Proposed new rules will apply to landowners of more than 2ha within the Waikato River and Waipa River catchments. They will be in addition to existing rules in the Waikato Regional Plan.

Under proposed new rules, all rural properties of more than 2ha must by March 2019 inform the council about ownership, land use details, stocking rates, location of water bodies, fencing and crossing points.

Farm environment plans will be required (including from commercial vegetable growers) to ensure industry-specific good management, and to identify additional mitigation actions to reduce discharges by specified dates, which will then be monitored.

An accreditation system will be set up for people who will assist farmers to prepare their farm environment plans and to certify farm schemes.

The public can now have a say on the proposed plan change.

“Healthy Rivers Wai Ora is one of the biggest issues – if not the biggest – we are facing as a region,” says Payne. “A robust, informed submission process will ensure we reach workable solutions for everyone which in the long term will solve the complex problem of water quality in our rivers.”

People can submit on any aspect of the plan, and can support, oppose or take a neutral stance on any point. Submission will close at 5pm, March 8, 2017.

Once submissions close a summary will be made available and people can make further submissions, indicating whether or not they support what’s in the summary.