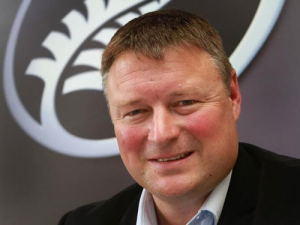 SFF chairman Rob Hewett says the new role opens up a directorship opportunity on the board which assists in ensuring constructive rejuvenation of its governors.

“With adoption of our new constitution, the cooperative is now seeking applications for the newly established board appointed farmer director,” he says

“The appointed director role will ensure the cooperative has a sound succession plan in place to ensure active farmer elected directors are well equipped and gain governance experience.”

The current board is made up of five directors from SFF Co-op and five from Shanghai Maling,

To be eligible for the new board role, candidates must be a current shareholder of the cooperative and have supplied a minimum of 400 stock units to Silver Fern Farms for each of the two years ended 31 December 2017 and 31 December 2018. Eligibility also includes those that have a legal or beneficial interest in a shareholder supplier e.g. a shareholder of a company, partner in a Partnership or a named beneficiary of a Trust.

The successful applicant will be appointed to the Board of the cooperative for a maximum term of three years, following which if they wish to continue, they will need to make themselves available for election. They can choose to seek election prior to the three year term expiring.