No politics in Lochinvar decision 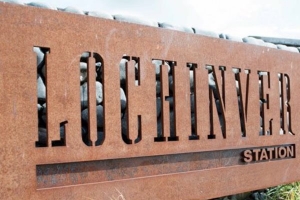 Prime Minister John Key says the decision to reject a Chinese bid for Lochinvar Station was nothing to do with politics.

The $88 million bid Shanghai Pengxin subsidiary, Pure 100 Farm Ltd was knocked back by Ministers Paula Bennett and Louise Upston in September, despite the Overseas Investment Office recommending it be approved.

Key told a China Business Summit in Auckland today said the two ministers didn't discuss the decision with anyone else and took the decision there wasn't enough (in it).

"Right or wrong you can read their decision, he said. But he said the decision was nothing to do with the politics of it.

He said if you wanted him to change the Overseas Investment Act to have more clarity "show me where we can get the numbers from because only ACT will support us".

"We are stuck with the Overseas Investment Act whether we like it or not."

An Austrian billionaire has been granted consent to purchase an $8m Hill Country farm.

Dairy farm to be converted to kiwifruit

Craigmore Sustainables will invest $38 million to convert 137ha of established dairy farm at Kerikeri into a kiwifruit orchard.