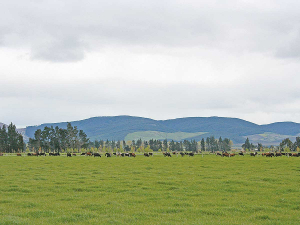 NZL Director Christopher Swasbrook says there is absolutely nothing sinister about NZ Central Securities Depository holding the shares in NZL.

“It’s simply a custodian of other people’s shares,” he told Rural News.

NZL recently announced the purchase of 14 dairy farms, owned by the Van Leeuwen Group, which went into receivership last month. Shareholders are set to vote next week (May 24th) on the deal.

The company purchased its first farm in March this year; a 456ha dairy property for $10.3 million. The farm has been leased to Fortuna Group with an annual rental of $515,000.

“We have seen how hard it is for locals to come up with the now sizeable amounts of capital and lay their hands on productive rural land,” he says.

“We provide all investors, irrespective of size, an opportunity to do that.”

He says NZL will always be majority New Zealand-owned as foreign investors are restricted to only holding 49.9% of the company.

The NZL board is chaired by Rob Campbell and includes former Fonterra executive Sarah Kennedy and Swasbrook, one of the founders of NZL.