NZ risks being left behind 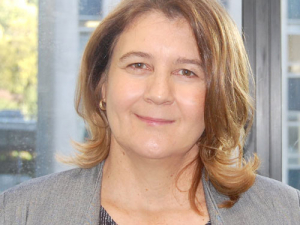 Calvert told Rural News there is a risk NZ will be left behind the rest of the world by not having the opportunities to have fewer heavy chemicals going into our crops and animals.

She believes we could use things that could be seen as lighter and less of a threat to our environment if our regulatory authorities would allow new science to come to NZ or at least discuss this.

Calvert says part of the problem is that NZ doesn’t have the ability or the regulatory systems to evaluate some of these new products.

Even our classification of GMOs is in many ways behind other countries’, she claims.

“Their definitions are actually quite different from ours.  I am not advocating that we bring everything in without any risk assessment. But I am asking that we bring the science to the table and let people understand what that science brings,” she says.

Calvert says Mycoplasma bovis is a classic example. “What happens if the answer to that is a GMO vaccine?” she asks.

“I don’t know if it is or isn’t. But if it is, are we prepared to bring it into our country? Because at the moment, the education on new science is often poorly understood and people see it as a threatening rather than positive,” she says.

Calvert reckons while NZ is good at evaluating science, it is sometimes slow to move with new science or is driven by a poor understanding of it out of fear of the unknown.

“I think sometimes the people who make the decisions are scared of what the outcomes [would be] if they put their hands up and said, ‘this is [or isn’t] a good thing’. A lot seems to be based on perception,” she says.

Calvert believes there is a suspicion of science and people need to understand the opportunities and benefits science can bring.

“I have no doubt there are products NZ could benefit from that aren’t currently in our system, she told Rural News.