NZPork disappointed at delay to Country of Origin labelling regulations 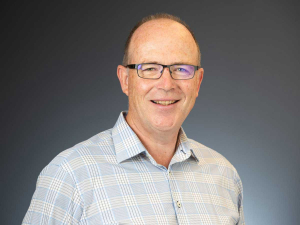 NZPork says it is disappointed at further delays to the introduction of Country of Origin labelling regulations.

The Government has announced that regulations covering fresh/chilled food, including pork and cured pork, have been delayed for three months until February 2022.

“We were eagerly awaiting these regulations to come into force in November,” says David Baines, chief executive of NZPork.

He says that without the new regulations, imported pork can be “hidden” in ham and bacon processed in New Zealand under a ‘Made in New Zealand’ label.

“Our research tells us that many consumers are surprised that the pork in these products may be imported from a number of countries.

“That’s why this three month delay is hugely frustrating for our New Zealand farmers when cheaper pork imports, that don’t have to meet New Zealand’s high welfare or environmental standards, can be presented to consumers without clear labelling.

“While we appreciate the delay is due to the disruption and uncertainty caused by business by the re-emergence of Covid-19, we are particularly disappointed that the regulations will not be in place for the Christmas period like we expected,” Baines says.

He adds that despite the regulatory delay NZPork will be encouraging consumers to look on the label and ask retailers for NZ born and raised pork, especially going into the Christmas ham season.

The regulations would enable consumers to be more informed as to where their food is being imported from and what pork is New Zealand born and raised, Baines says.

However, NZPork remains concerned the regulations are not comprehensive because they will not apply to all imported pork.

“The regulations will only cover fresh, chilled pork and cured pork. Pork processed in other ways will not have to be labelled. That means imported pork would be labelled with its country of origin if presented as ‘fresh’ (chilled), while the same product, if marinated or infused, would sit alongside New Zealand pork and escape the need for labelling as imported.”

Initially, the Government announced a delay to regulations in May 2020 as part of its measures to manage business disruption due to Covid-19.

NZPork has announced the winners of its Outstanding Achievement Award and Stockperson of the Year Award.

Beef+Lamb not so cool on labelling

Giving consumers what they want ensures at least two things: that they’ll pay a premium for the product, and that it will sell out.