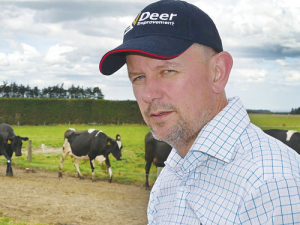 He notes that the dairy genetics and herd improvement sector saw two significant mergers in the last 12 months.

“We expect there will be more mergers… This means our global competitors are getting larger,” he told Rural News.

LIC, the world’s fifth-largest animal genetics company, has an advantage over other global players in its focus on pastoral dairy. Most others focus on high input farms in the US, Canada and Europe and have only a small presence in NZ.

Addressing LIC’s annual meeting last month, chairman Murray King noted that the future growth and sustainability of the NZ dairy industry will be underpinned by innovation and investment in R&D, on which LIC spends at least 5% of its revenue ($13.2 million in the 2017-18 year), well above the NZ primary sector average of about 1%.

King says LIC has always spent heavily on R&D on behalf of its shareholders and the industry.

“For some time we have been talking about our work to transform the business and deliver a more sustainable and agile cooperative.

“We are now more match-fit than ever and better positioned to deliver great outcomes for our farmers.

“We are taking what we learned from our transformation programme, the methods we have adopted and efficiencies we have gained to unlock new opportunities and deliver even more benefits for our shareholders. A sustainable and prolonged industry-leading focus on innovation and R&D is critical to that.”

Over the last year, LIC separated into two businesses -- a herd improvement company (LIC) and an agritechnology subsidiary (LIC Agritechnology Company). LIC’s core products Minda, AB and herd testing remain with the co-op. Minda is owned by the co-op but operated by the subsidiary.

It has also sold its Deer Improvement subsidiary in Otago and its herd testing and diagnostics laboratory facilities in Riverlea, Hamilton which included a leaseback arrangement to allow continued operation of LIC services at the site.

In July, LIC simplified its share structure, bringing together its existing two classes of shares into a single class.

LIC recorded its first-ever loss in 2015-16 and then began cutting its R&D spending.

Farmer-owned co-op LIC says the $20 million cost to transform the business has been money well spent.

LIC chief executive Wayne McNee says the revamp is contributing to the co-op’s success: it posted record total revenue of $236m in 2017-18 -- up 16% on the previous year.

McNee, a former director-general of the Ministry of Primary Industries, says new processes adopted during its transformation are working well.

The LIC annual meeting in Hamilton last month heard that the transformation delivered a one-off benefit of $30m and recurring benefits of $60m annually.

In his report to shareholders, LIC shareholders council chairman Mark Meyer questioned the $20m bill. He asked if the same results could have been achieved at lower cost.