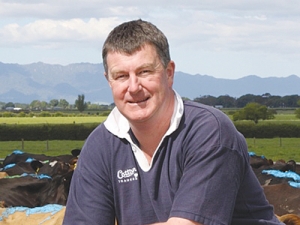 The company says the diversity of its business protects it from cyclical volatility in one sector.

PGW chief executive Mark Dewdney says it’s a strong result given challenges facing some sectors of New Zealand agriculture for much of the year.

“PGW is not immune to the challenges being experienced in some sectors, but the diversified portfolio of our agriculture business offers a degree of protection from cyclical volatility in any individual sector. “This is demonstrated by recently released Statistics NZ data that show dairy exports declining 24% in the same period that the value of fruit exports reached an all-time high, up almost 20% from a year earlier.”

PGW’s bottom line was also helped by improvements in operating performance by management.

The downturn in dairying affected sales. Demand was down for some of the company’s less profitable grain, fertiliser and supplementary feed, and this partly explains the flat revenue year on year.  But Dewdney says despite the dairy sector challenge in the second half, results have improved in most of the individual business units.

“These results result from PGW having a clear strategic focus, highly engaged and stable staff, and the strongest product portfolio in the market, backed by deep technical expertise and a constant focus on building close relationships with our customers.”

The increase in operating EBITDA contributed to a net profit after tax of $32.8m, lower than last year.

Dewdney says last year’s numbers benefited from a low effective tax rate and non-operating gains that weren’t repeatable, such as the gain on the sale of its investment in 4Seasons Feeds Ltd.

Dewdney says the headwinds facing the dairy sector a ‘stretch’ of increasing this result in the 2016 financial year.

“Further improvements will be made within the business and we will continue to look for new growth opportunities.

“Given the current volatility in a number of markets, and the need to assess the likely impact of this on PGW’s clients, the company intends to defer providing a forecast for the current fiscal year until the annual shareholders meeting in October.”