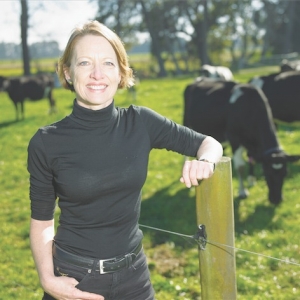 Rowarth says holding the line on food quality, which includes safety, will make New Zealand animal protein highly desired. “China is likely to remain a major destination, but other countries will also be interested,” she told Rural News.

Rowarth was commenting on a report released last week by PricewaterhouseCoopers (PwC) that says New Zealand’s future lies with China despite a slowdown in growth. PwC forecasts China among the fastest growing economies to 2050 and says New Zealand’s trade deal offers more promise.

Rowarth says New Zealand has an educated farmer base and enviable resources. “Playing with a straight bat’ will build trust and keep our reputation as honest players/producers with other countries,” she says.

“Trade between the fastest growing countries presents opportunities for New Zealand as a transit point for goods and services by air and sea. Links between South America and China, Indonesia and India present significant opportunities for us as a trans-shipment destination,” says Money.

India has the potential to sustain its higher growth rate for longer and become a US$10 trillion economy by about 2020 in purchasing power (PPP) terms, or about 2035 at market exchange rates. But this relies on India making sustained progress on infrastructure investment, institutional reforms and boosting education levels among the whole population.

“The importance of New Zealand’s free trade discussions with India are underlined by this forecast as the fastest growing of our largest trading partners and set to become the second largest economy in the world by 2050,” says Money.

The report presents long-term projections of potential GDP growth up to 2050 for 32 of the largest economies, covering 84% of total global GDP and indicates that the world economy is projected to grow at an average of just over 3% per annum from 2014-50 – doubling in size by 2037 and nearly tripling by 2050. But there’s likely to be a slowdown in global growth after 2020, as the rate of expansion in China and some other major emerging economies moderates to a more sustainable long-term rate, and as working age population growth slows in many large economies.