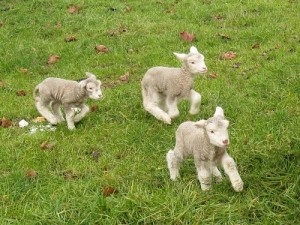 He says there is still constant tension and pressure to improve efficiency and productivity.

"Farmers have responded to the signals from processors about lambs in tight specifications. That sort of thing will just continue," he adds.

"Their best focus is on the things they do have some control over, which is their productivity in getting the weights desired by their customers, the meat companies. They're doing the best they can do as efficiently as possible."

The overall focus is an increasing demand to grow animals to specifications.

He says sheep numbers fell because of key factors like drought; and dairy cows are expected to have the first noticeable downturn in a long time – driven by prices and drought. However, the decline in beef cattle numbers has slowed substantially.

"But sometimes we miss the story if we focus solely on the number of sheep or beef cattle," Burtt adds.

"We miss the productivity improvements through farm management and pasture management; all farmers know about El Nino and make and implement their plans to deal with El Nino should it eventuate.

"There are some [farmers] in Hawkes Bay who say it has rained so much at present that 'if this is El Nino bring it on'. Nevertheless they are working on the prospect of dry conditions later in the year.

"I think that responsiveness and resilience to these sorts of things is getting stronger and stronger in the industry, nevertheless there are still improvements in confidence needed."

Regarding the Silver Fern Farms investment by the Chinese company Shanghai Maling, Burtt says it shows there is enough confidence in the industry for people to invest in it.