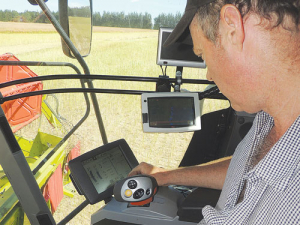 Better connectivity and coverage is essential for rural business and communities.

The additional coverage will roll out over the next four years due to the expansion of the Rural Broadband Initiative phase two/Mobile Black Spots Fund (RBI2/MBSF) programme.

Faafoi said he was pleased to see broadband and mobile coverage extend even further. Meanwhile, Jones said the $40 million contribution from the Provincial Growth Fund (PGF) would ensure vital technology will be available in some of the most far-flung parts of provincial NZ.

Federated Farmers welcomed the rollout saying better connectivity and coverage was needed for rural business and communities to thrive.

“It is good the Government will invest in delivering broadband and mobile coverage to 99.8% of the population over the next four years,” says Feds telecoms spokesman Andrew Hoggard. But the current service is sporadic, he says.

“Coverage is incredibly patchy. It makes farmers, rural-based businesses and the communities they serve feel isolated. The poor service that exists for many rural communities has become expected, but our members are well over it.”

Hoggard said the $40m is great “but it can’t stop there”.

“We need more reliable land line services. We need mobile coverage that is better than expecting someone to stand on a remote fence post on the farm and we need internet connections that remain stable day and night.”

He says it is important that when completion approaches, the Government runs a review to find any gaps in service delivery and fixes them.

“Rural has had enough of being the afterthought.”

“It’s encouraging to read that the outcome of the tenders will take coverage to nearly 100% of population coverage however; rural communities need geographic coverage,” says RWNZ Fiona Gower.

Currently only 50% of NZ’s geography is covered and RWNZ says this is where rural families live and work and they need better coverage.

“Our rural communities need better mobile coverage and rural broadband so that rural families and businesses can contact emergency services from anywhere on their properties, retain staff, and take full advantage of technology in running farms, for social inclusion and education,” Gower says.

“Wireless internet service providers (WISPs), particularly rural-based providers, are vital to ensuring internet to every rural premise and it is great that this is very nearly achieved.

“RWNZ understands that it is more expensive to increase cellphone coverage due to NZ’s geography; however, by involving all the WISPs with their local knowledge, territorial authorities who have a role in keeping sight lines clear and the Rural Connectivity Group, this can be achieved.”