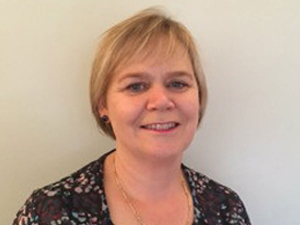 O’Brien comes to the role from a background in human resources and organisational development, having previously worked for the Law Society and Birth Right New Zealand. She took over the role on May 3.

O’Brien says that she comes to the role with experience in “understanding how to work with members and make sure their voices are heard and represent what matters to them.”

She says that, from her perspective, RWNZ has three key roles: supporting rural communities, strengthening those communities, and connecting with them.

“We have a role of ensuring that we’re actually helping provide connectivity in rural communities which is really important,” she told Rural News.

She says that in the near future, RWNZ will be tackling the issue of the health reforms recently announced by the Government. O’Brien believes adding a rural lens and engagement with rural communities will be an important part of the process.

“What happens with the health reforms is something that we’ll be closely watching and wanting to make sure that that rural voice is heard and that the voice of women and their families and communities is heard as well.”

She says that the organisation will also be taking a look at mental health.

“I think in terms of mental health and wellbeing, it’s almost… one of the reasons that we exist in terms of trying to make sure that we are encouraging strong connection in rural communities.

“Obviously, we want to see an improvement in awareness but also services to make sure that when people are struggling with mental health issues, there is support available for them.

“But we also want to do preventative work in terms of actually assisting those communities… we know that rural communities are very good at supporting each other,” O’Brien says. “But we want to make it as easy as possible for those communities to be strong and be connected which can be challenging.”