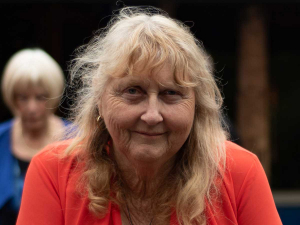 Despite the good work the Rural Youth and Adult Literacy Trust does it is struggling to get enough financial support.

Poland, who has taught and been involved in teaching adult literacy since 1994, was approached by a local Port Waikato mother who was looking for help for her daughter who struggled with reading and writing.

Thus, Poland was inspired to found RYALT with two other trustee members.

Since then, RYALT has helped close to 1000 people – youths and adults.

However, despite the good work the trust does it is struggling to get financial support.

Poland says that one of the biggest issues for those in rural communities is that they don’t have easy access to adult literacy centres that exist in urban areas.

“There are just so many barriers because generally people with literacy problems don’t have jobs or have low-paying jobs. So, having a reliable vehicle, paying for petrol, getting a babysitter and the time getting to town all add up to make it very difficult,” she told Rural News.

Since it was founded, the trust has grown to encompass and focus on youth literacy in 2017 after many of the adult students mentioned the difficulties they suffered during school.

“Over and over again, we hear them say that they wish someone had helped them like we do when they were at school,” she says.

She says that while RYALT continues to work with adults, they are now placing emphasis on teaching teenagers, “because we can prevent so much pain and suffering by preventing the outcomes of low literacy skills,

“We are not so much the ambulance at the bottom of the cliff that we are when we work with adults,” she says.

The trust holds youth camps every year, which were forced online in 2020 due to Covid-19 restrictions.

“It was not as much fun for the kids as a live camp, but the volunteers were an amazing bunch of people who love reading and writing and were prepared to give up one or two weeks of time to help the kids.”

However, technical issues meant fewer kids were able to attend the camp than normal.

“One student only had phone reception at the end of their long rural drive up by the letterbox. Next time, we need to prepare volunteers and students so they don’t get discouraged when that happens,” Poland says.

Despite the work RYALT does, Poland says its future is uncertain.

“Currently, we stagger along from grant to grant with no certainty of income. Staff often have to reduce hours of work and I work for a couple of months most years without pay,” she told Rural News.

“That’s fine right now, but not good for succession planning.”

She says the trust has tried to look for a social enterprise to help improve their sustainability, but found it wasn’t feasible because of how under resourced it is.

“We are very fortunate to have hundreds of volunteers working with us,” she says.

Poland adds that while the volunteer assistance has been helpful, it isn’t sustainable because it involves a lot of personnel changes.