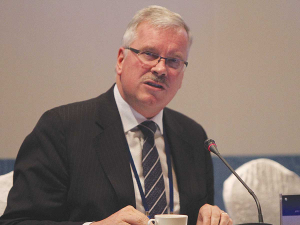 Trade expert Stephen Jacobi blames the geo-political climate and the fallout of the ongoing US/China trade war, coupled with the pandemic for this spat.

Jacobi, who was executive director of the NZ China Council until the end of last year, told Rural News that while he doesn’t expect China’s trade relations with NZ to be affected, it’s a worrying time globally.

“Australia and China are both friends and partners of NZ…Australia is also a key market for NZ so anything which happens to weaken their economy is a concern,” he says.

Australian exporters have faced a raft of roadblocks from China in recent months. About 30% of the country’s total agricultural exports end up in China.

In May, China slapped 80% tariffs on Australian barley exports. Australia sells A$2 billion of barley to China, more than half its exports.

For its part, the Australian Government two weeks ago blocked the sale of one of the country’s largest dairy business, owned by Japanese firm Kirin, to Chinese dairy giant Mengniu – which Mengniu also owns an infant formula plant in Pokeno, south of Auckland.

Mengniu agreed to buy the former Dairy Farmers business for $600m but Federal Treasurer Josh Frydenberg ruled the sale would be “contrary to the national interest”.

Last week the Chinese Government retaliated by suspending Australia’s oldest family-owned meat processor from its market. Australian media reports say China’s customs department suspended exports from John Dee Pty Ltd after it said it found the banned chemical chloramphenicol, used in the treatment of bacterial infections in dogs and cats, in pieces of sirloin at Chinese ports. Four other Australian meat exporters were suspended in May over labelling and health certificate requirements.

Jacobi blames the geo-political climate and the fallout of the ongoing US/China trade war, coupled with the pandemic for this spat.

He says these difficult times call for careful diplomacy.

He thinks problems are likely to continue and would be difficult to address if attention is not paid to the overall health of the political relationship.

“China does not react well to criticism, particularly if it feels this is being orchestrated by other countries.

“NZ does not resile from expressing its view but generally expresses it in an independent way.  I think that will continue to be important as we look to emerge from the current health and economic crisis.”

Stephen Jacobi says New Zealand doesn’t face the danger of being sucked into the trade war between Australia and China.

He says there are tensions in our relationship with China, notably over our response to the evolving situation in Hong Kong, but the NZ Government is being careful in the way it is managing this.

“At the recent China Business Summit, the Prime Minister emphasised both the importance of the relationship with China and the need to speak out from time to time on issues, including sensitive ones that might concern us,” he says.

“New Zealand’s views have been clearly signalled. I don’t think the Chinese for a moment like what we are saying, but hopefully they will see that we are staying true to our values and acting in a responsible and respectful way.”