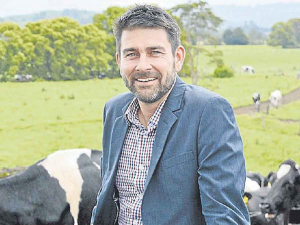 A new report says dairy exports into the Southeast Asian markets are set to surge over the next decade, creating future opportunities for New Zealand milk processors.

The report by Rabobank, Dairy Export Boom Beckons in ASEAN-6 – With a Push or Pull, talks of a growing milk deficit in the region.

“The large populations, combined with increasing urbanisation, a growing middle class with purchasing power and continued development of integrated supply chains will all support dairy consumption growth across the region,” he said.

“Per capita dairy consumption rates in the ASEAN-6 are also currently low in comparison to other advanced Asian economies providing significant headroom for growth.”

Growing political tensions between China and the western world will also come into play. The report says dairy companies will be ‘pushed’ towards dairy export opportunities into ASEAN-6 countries by rising geopolitical tensions and receding demand tailwinds in China.

“Coming into 2020, China’s trade relations with key trading partners were already on shaky ground – particularly so for Australia and the US. And while dairy trade has largely been immune so far, there has been a notable deterioration in trade relations, which has the potential to reverberate far and wide,” Harvey said.

Slowing Chinese dairy demand is a further factor which will prompt dairy exporters to look at markets outside China, with this expected to ease over the next decade as the rate of growth in per capita income slows, he notes.

Harvey said these factors would likely compel dairy exporters to reassess their export growth strategies and consider increased investment in the ASEAN-6 region.

“This is particularly relevant for New Zealand dairy companies who are more trade-exposed versus their peers and, consequently, have the highest level of market concentration risk,” he said.

Oceania exporters have a slight competitive edge in the region because of tariff advantages provided by a cocktail of bilateral trade agreements and the ASEAN-Australia/New Zealand Free Trade Agreement (AANZFTA).

However, RaboResearch senior dairy analyst Michael Harvey says with many global peers seeking their own free trade agreements with the ASEAN economies, the market is expected to become mostly harmonised with respect to tariffs and non-tariff barriers over time. Market competition is expected to intensify due to a combination of factors.

“There are also several established global dairy companies operating in Southeast Asian markets which continue to double down with investment. This includes the world’s largest dairy company – Nestlé – which has identified these markets as key for potential growth,” he said.