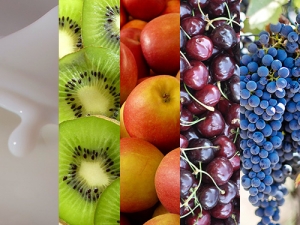 Dairy, kiwifruit, apples, cherries and wine are among winners in the "spectacular" growth in exports to Chinese Taipei in the last two years.

Dairy, kiwifruit, apples, cherries and wine are among winners in the "spectacular" growth in exports to Chinese Taipei in the last two years, says Trade Minister Tim Groser.

New Zealand's goods and services exports to Chinese Taipei have increased in value by 22% from $987 million a year when the agreement came into force, to $1.5 billion in the year ended June 2015, he says.

The Economic Cooperation Agreement between New Zealand and the Separate Customs Territory of Taiwan, Penghu, Kinmen, and Matsu (ANZTEC) entered into force in December 2013.

"As of June 2015, exports of New Zealand apples to Chinese Taipei are now worth $40 million, up by over 200% since June 2013. Apples previously had a tariff of 20%, which was eliminated on entry into force.

"There has also been significant improvement in cherry exports (up 150% since 2013) and kiwifruit exports (up 24%).

"Dairy exports, New Zealand's largest export to Chinese Taipei, have grown 21% in value since June 2013, and now total $350 million a year. The 10% tariff on milk power and 5% tariff on butter were eliminated on entry into force.

"These early results are extremely encouraging and will build jobs and more opportunities, particularly in regional and provincial New Zealand, where the production of cherries, apples and kiwifruit – all of which recorded spectacular gains – are concentrated.

"These extremely positive early results gives us confidence that Free Trade Agreements, Closer Economic Partnership Agreements and broad, comprehensive Economic Cooperation Agreements like this one are all steps towards a more prosperous New Zealand."