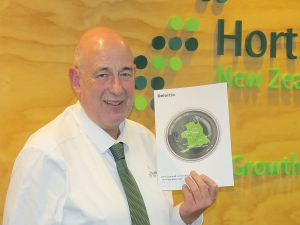 The Environmental Protection Agency (EPA) is unapologetic in the face of criticism by Horticulture New Zealand (HortNZ) that it needs to speed up its approval of crop protection products.

HortNZ cites a New Zealand Institute of Economic Research’s (NZIER) report released last week by Agcarm which estimates that a one year delay in approval has cost $7 million to $70 million in lost GDP over a decade.

HortNZ says in particular that it wants faster approval of environmentally friendly products.

“But where they can our growers are progressively lessening their use and want to move to products that are as environmentally friendly as possible.”

HortNZ and the industry want to work with the EPA to speed up the approval of organic and synthetic products that fight pests and diseases in the most sustainable, environmentally friendly way possible, Chapman says.

But Clark Ehlers, EPA’s acting general manager of hazardous substances and new organisms, says their job is to protect people and the environment.

“In the past four years we have strengthened our processes for the way we assess hazardous substances for approval,” Ehlers told Rural News.

“It’s never a straightforward process and is highly variable, depending on the type of substance and its intended use.

“We also know that growing numbers of NZers are increasingly concerned about chemical use, and the time we spend assessing each application reflects those concerns.”

But Chapman says the cost estimate of delays can only increase given consumers are demanding that their food is grown with minimal environmental impact, using as few and as friendly crop protection products as possible.

The NZIER report says the industry believes the EPA moves “extremely slowly” on its approvals “taking little account of economic issues that impact on crop protection companies, their customers and the economy”.

This application of the Hazardous Substances and New Organisms Act could have unintended consequences, it says. It could maintain the amount of ‘harder’ substances in the NZ environment and impose an ‘opportunity cost’ of slowing the introduction of newer ‘softer’ products to the market that could improve productivity for farmers and economy.

The NZIER report showed that NZ’s economy would lose up to $11.4 billion without crop protection products and that crops would lose 30% of their value overall.

“The industry has an important part to play in supporting the economy, and it is vital for producing safe food and protecting our environment. It develops tools to manage biosecurity incursions which damage our native species and crops,” says Ross.

Crop protection products have a far reaching impact on our land based industries. Without them many industries would incur significant losses. Horticulture, for example, would lose 75% of the value of its crops.

A severely reduced kiwifruit production would have resulted from the deadly 2010 PSA outbreak. Vegetable growers would incur losses of about 88% without crop protection.

In many cases it would not be possible to grow commercial quantities of crops without these products. In other cases, yields would be much lower and the economic impact of this would be substantial, Ross says.