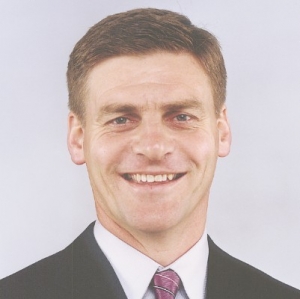 "Budget 2013 continues to move in the right direction as far as farmers are concerned and it is broadly consistent with Federated Farmers' advocacy," says Dr William Rolleston, Federated Farmers vice-president.

"We have called for Government spending to be capped and reduced over time to 30% of gross domestic product. This is forecast to be achieved in 2016/17.

"The Budget may not be the talk of all cafes and restaurants tonight but conservative and steady is probably better than 'bold and 'big'. We will probably continue to see a long, slow grind as the economy rebalances towards the tradable sector.

"Farmers would like to ask the Opposition parties to reflect on what debt-fuelled spending and increasing deficits would lead to. New Zealand's fiscal and economic position is relatively positive compared to most of our trading partners.

"This includes Australia for the first time in a very long time. Our respective Budget's painting a different economic picture but New Zealand is looking brighter.

"Despite international and 'seismic' headwinds, the Government remains on track to return to surplus in 2014/15. At $75 million the margins for surplus are wafer thin. Of concern to exporters, given the effect it has upon the dollar, debt will continue to grow peaking as a percentage of GDP in 2014/15. That will fall once surpluses are resumed.

"Economic growth rates are forecast to be modest, at around 2-3% per annum. Contrary to the opinions of some, drought will also have an impact on this year's growth, cutting about 0.7 percent of GDP. We must continue to live with a high Dollar too.

"While modest, growth is good compared to most OECD economies and unemployment is forecast to fall over the forecast period.

"Given our strong advocacy for water storage, confirmation of $80 million funding for irrigation projects from the Future Investment Fund is wonderful. Federated Farmers concurs with our colleagues at IrrigationNZ; bipartisanship is needed on water storage because it is an engine room for growth and innovation.

"While cuts to personal income tax or company tax are not envisaged, at least in the short to medium term, the Government has signalled $300 million in cuts to ACC levies for 2014/15 rising to $1 billion for 2015/16.

"Safety records will become a big determinant in getting this 'safety dividend'.

"Housing has become a big issue and a number of reforms are to be advanced to speed up provision of new housing and making changes to social housing. The devil for farmers will be in the detail because we remain acutely concerned about the loss of productive land.

"Building up rather than out is our first preference.

"Overall, Budget 2013 is consistent with Federated Farmers' long-standing advocacy for firm control of government spending and a preference to see spending and other initiatives directed to boosting competitiveness and productivity," Dr Rolleston concluded.