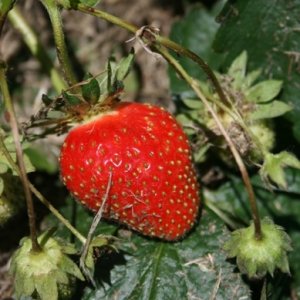 MAF DIRECTOR-general Wayne McNee says he's asked for a detailed review of last month's strawberry growing kit biosecurity incident but the response to the recall has been blasted by Hort NZ.

Buzzy packs containing strawberry seeds were imported from China by Tui Products with nearly 7000 offered for sale by The Warehouse.

When this was drawn to MAF's attention last month they were withdrawn from sale and a media release issued requesting the 1362 packs sold be returned, or, if they were already growing, destroyed.

As of Wednesday last week, MAF Biosecurity said 67 kits had been returned and eight calls seeking destruction advice received. With eight kits bought by MAF itself, that's 83 kits accounted for, or 6.1% of those sold.

However, because buyers were given the option of destroying kits or resulting plants themselves, accounting for all those sold will not be possible.

However, Horticulture New Zealand president Andrew Fenton says HortNZ is disappointed with what look like very low levels of response to the recall.

"It would be reassuring for growers if members of the public who have just disposed of the kits themselves could let MAF know.

“We have asked MAF for more information about the investigation they are doing into this lapse in their process, and when they are likely to finish their report.”

The Warehouse and Tui Products have picked up the cost of the national advertisements.  MAF is covering the retrieval and disposal of unsold and returned kits.

MAF is now growing plants from the kits, in quarantine, to test them for viruses. Results are expected in March.

The growing medium in the kits was cocopeat (coir peat) supplied from the Netherlands, originally sourced from India or Sri Lanka under a quality system.

The accompanying phytosanitary certificate from the Netherlands met MAF’s requirements and a small sample of the growing media tablets was visually examined by MAF inspectors.

McNee says he’s asked the head of his internal audit team to do the review, and to go right back to the import health standards: “How the [strawberry seeds] actually came though the border, who made the decisions, and then how we responded to it? Did we make the right decisions at the right times?

“The person undertaking that review is independent of the people involved in the ‘strawberry incident’ and she will report directly to me.” McNee says he expects to have a report in a week or so.