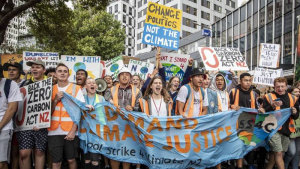 The closing date for submissions is Tuesday, 16 July 2019.

The purpose of the Zero Carbon Bill is to establish a framework which New Zealand can use to develop clear, stable climate change policies in accord with the Paris Agreement.

The Paris Agreement is a global effort to combat the effects of climate change by limiting the global average temperature increase to 1.5 degrees Celsius above pre-industrial levels.

The bill would set greenhouse gas reduction targets into law and require that future governments continue these efforts into the future. It also seeks to:

• Set up the Climate Change Commission, an independent body that will advise and support the government to reach the targets

• Create a requirement that the government understands the risk of climate change (for example, rising sea levels) and produces plans to address these

Submissions can be made online by visiting: https://www.parliament.nz/en/pb/bills-and-laws/bills-proposed-laws/document/BILL_87861/climate-change-response-zero-carbon-amendment-bill