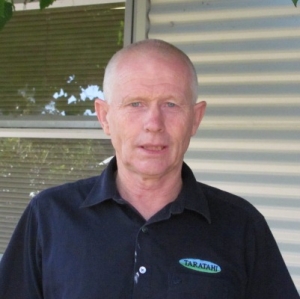 Education support manager at Taratahi, Steve Hannam, was invited to speak at the International Conference on Community Colleges in India at the beginning of February.

Hannam, as part of a panel discussion, addressed the international conference with a presentation on Taratahi's successful 'real training on real farms' training model. This included how to successfully use work experience farms, integrate these farms into education programme and engage the industry.

Taratahi was invited to speak by Education New Zealand. One other New Zealand organisation, Polytechnic International New Zealand, also presented at the conference. Other speakers included the US Undersecretary of State and the Indian Minister of State for Skills Training and Human Resources Development.

The two day conference in Delhi was focused around the need to make community colleges available to the majority of Indians who do not undertake formal education.

The Indian Government has committed to fund 90% of community colleges in the future, the remaining 10% funding will be provided by the State. The Government is becoming more aware of the importance of making community colleges available to the rural population. Currently a very small percentage of the rural community is able to undertake formal education through polytechnics and universities, and as a result there is huge untapped potential to train these communities and up skill the Indian farming industry.

Hannam says this potential opportunity for both India and their training partners is huge. "There are eight million people entering the Indian workforce in India each year, and only two million of these will successfully secure a job. The average age of the population is growing younger, and this untapped potential is India's future workforce for the next 20 years".

"Taratahi's involvement in this event established contacts and networks which could result in Taratahi partnering with organisations within India for reciprocal programmes. New Zealand is well known throughout the world for its successful agricultural industry, it would seem only natural that we play our part in upskilling the global agricultural workforce and lifting production".

Taratahi has already successfully provided a range of programmes for delegates from Columbia, Taiwan, Cambodia, Laos, Myanmar, Mongolia, Vietnam, Russia, Italy, Indonesia and Australia. Taratahi is providing 'Train the Trainer' programmes for tutors from an Animal Husbandry School in the Guizhou province in China interested in learning Taratahi's model of teaching and delivery and, in partnership with Massey University, is also training a group of 12 students from Indonesia on a 10 week scholarship programme provided by Fonterra at their Wairarapa campus .

Taratahi has been successfully training Kiwis for agricultural careers since 1919. Taratahi offers full-time courses, extra mural study, short courses and STAR/Gateway programmes as well as the Primary Industries Academy. The main campus is based near Masterton in the Wairarapa, with non-residential campuses in Manawatu, Taranaki, Waikato, Hawkes Bay and Northland.

Fonterra is hoping to build a NZ$1 billion joint venture dairy business in India within seven to 10 years.

Fonterra says its new partnership in India is an example of how the co-op is doing things differently.