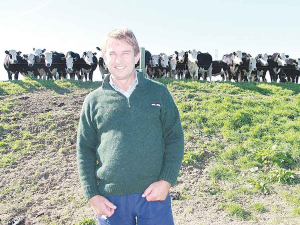 RMPP chair Malcolm Bailey says many of its programmes and investments have seen significant success.

"It's not the end, it's more like the beginning," Bailey told Rural News.

The RMPP was set up in 2013 with the overarching goal of improving the red meat sector's productivity and profitability.

Bailey says the partnership has been successful in that goal.

The Scarlatti analysis also revealed the total farm profit (after tax) forecast is likely to be lifted by $96.4 million by 2025.

Bailey says many of the programmes and investments made by the RMPP have seen significant success.

He believes one important aspect of the work the RMPP has done is an investment in programmes to engage with the sector. He says that while women make up approximately 50% of the farm sector in some form, it needs to be bringing more women forward.

"They needed to gain the confidence to step forward," Bailey told Rural News.

He adds that another important aspec of the partnership's work is the moves made to encourage younger people into the sector.

These efforts include work with intermediate schools to match kids with a local beef and sheep farm.

At the secondary school level, the RMPP have also created resources and programmes to put agriculture on their radar as a potential career, including funding for TeenAg Clubs, and creating resources matched to the high school curriculum.

Bailey says that while we won't see the results of these efforts for a while, "we felt it was something we had to do."

He says that while many of the RMPP's programmes, such as its Action Network and the New Zealand Farm Asssurance Programme (NZFAP), are being integrated into other organisations, it won't change the fundamentals.

He says farmers have been kept abreast of the changes but that the people involved "...remain the same".

Bailey believes that if the RMPP has been successful during its seven-year tenure, the work will continue and the sector won't require a second programme.

The story about the New Zealand dairy industry is about to become part of the total NZ story.