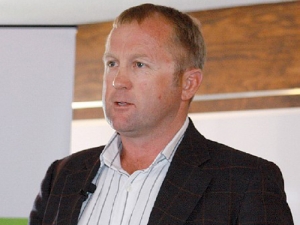 NZ's special agriculture trade envoy Mike Petersen has given the Labour Party and others a serve over its clearly “political” stance and “ridiculous claims” about the Trans Pacific Partnership (TPP) trade negotiations.

In a detailed interview with Rural News on the TPP negotiations, Petersen has expressed disappointment at the Labour opposition’s apparent change of heart over free trade deals.

“I am very disappointed the Labour Party has turned TPP into a political platform and broken what appeared to be a very constructive and bi-partisan position on trade,” he says. “However, I would like to think that when the deal is concluded and proceeds through the ratification process, this position will be reversed. There are enough rational thinkers on trade in the Labour Party to enable this to happen.”

Petersen also dismisses critics’ claims that NZ’s negotiators will sell off the country’s sovereignty in an effort to sign up to the TPP.

“I am close to the negotiations – without being directly involved – and I assure you our negotiators are not going to sell NZ’s sovereignty,” he said. “I would urge [the critics] to wait until the final deal is agreed before passing judgement on these aspects and I believe that when the deal is completed the NZ public will be surprised at how good it is and how ridiculous some of the claims have been.”

Meanwhile, Petersen believes if a deal is agreed, then he and others will need to turn around the public understanding and perception of what the TPP will actually mean for NZ. He says this has been tainted by ill-informed scaremongering led by the likes of left-wing academic Jane Kelsey.

“There is no doubt that, assuming we close this deal, one of my key roles, with others in the primary sector, will be to help the public understand the benefits for NZ.  These are jobs, economic growth, wealth creation and a future for our young people.”

Mike Petersen is one person who's closely monitoring the progress of the FTA with the EU.

One of the biggest problems that Covid-19 is causing NZ is that it's stopping politicians and business people having face-to-face contact with their counterparts in our major markets.