TPP not dead yet! 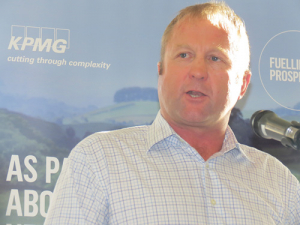 NZ’s special agricultural trade envoy Mike Petersen recently completed two weeks of talks in Canada and the US advocating for the TPP and trade. He says politics dominate, but TPP is definitely moving forward.

Petersen recently returned from a trip to Canada and the US where he gave a push towards ratifying the TPP in both countries. He met with politicians, business people, sector groups, farm leaders, staff and advisors for congressmen and senators.

He claims that commentary about TPP being dead is over-simplifying the debate.

“TPP is definitely not dead in spite of the rhetoric being thrown around during the US presidential electioneering debate in the US,” Petersen told Rural News.

“True, there is fervent discussion about the benefits of trade and the wider integration of global economies. However, TPP has strong support from key business sector leaders and there is a strong push to ratify TPP during the ‘lame duck’ period later this year [and early next] in the US.

“I remain completely confident that even if TPP does not pass in the ‘lame duck’ period, it will be passed by the next US president, though this will take more time than is desirable.”

Petersen says the benefits of the TPP deal for the US are compelling.

“While the politics of the debate about TPP in the US suggest it is dead, it is not. I reiterate that US business groups are strongly supportive [of TPP] in order to secure greater access and influence in the Asia-Pacific region.”

Petersen says US business groups and companies are increasingly concerned about the US “losing Asia-Pacific”.

“They realise Asia-Pacific is the fastest growing region on earth and failure to ratify and join TPP will effectively remove them from this market opportunity in the future,” he explains. “The geo-political tug-of-war between the US and China is forefront in this thinking in the US. There is widespread recognition that failure to ratify TPP would effectively hand Asia-Pacific to China.”

Petersen says people should not underestimate how strong a driver this is in the US.

“And there is now no doubt that all the other 11 countries will sign TPP,” he adds. “Japan is well on the way to ratifying the TPP. The US is the only country where this is at risk. The big question is whether the others would sign without the US and [so without] the opportunity to integrate with the large domestic market of the US.

“In my view this is entirely possible and the addition of other countries could happen quite quickly. This would be a major setback for the US in the Asia-Pacific region.”

Petersen says the anti-TPP rhetoric coming from the US presidential contenders is largely political.

“I have no doubt that following the US election, the next president will find a way to ensure the US continues to integrate with the wider world. Closing the borders and trading among themselves will not drive the US forward in the future.”