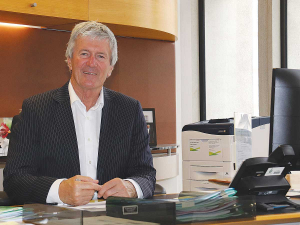 "A very good deal, by any measure, for our country."

That's how Trade Minister Damien O'Connor describes the recently announced 'Agreement in Principle' (AIP) for a free trade agreement (FTA) with the UK. O'Connor says the deal is a huge step forward after decades of challenges in this area. Two-way trade between the UK and NZ was worth nearly $6 billion.

The AIP means the FTA is effectively done and it's now a matter of officials doing what O'Connor describes as a "legal scrub" to the document so that it can be officially signed and sealed.

"I am very proud of what's been achieved with the outcome being 97% of tariffs being eliminated on our products entering the UK," he told Rural News. "This will save NZ exporters more than $37 million a year alone."

There will be a transition period for our butter, cheese, beef and sheep meat producers, during which time they will enjoy significant tariff-free transitional quotas.

"This FTA is comprehensive, inclusive and high quality and provides fantastic opportunities for our exporters to the UK to build their international trade links. It's worth noting that our deal compares well with the Australian deal."

O'Connor says some people are concerned about some of the long transitional arrangements, but he says people have got to realise that the tariff free transitional quotas begin from day one. For example, at present NZ is only sending about 500 tonnes of beef to the UK, whereas under this FTA that access will lift to 12,000 tonnes. He says it's unlikely that NZ will fill either the beef or sheepmeat quotas, and so the transitional arrangements give NZ producers opportunities in the longer term.

"As far as dairy is concerned, I think it's a great deal because it sees the phasing out of all tariffs after five years and increasing quotas for butter and cheese. This is a huge opportunity given the constraints we have been facing," he says.

O'Connor points out that exporters of apples, kiwifruit, honey, wine, onions and other products will benefit from the FTA when it's signed.

During his recent visit to Europe, O'Connor met with the UK's new Trade Secretary, Anne Marie Trevelyan. He says she is an enthusiastic supporter of the agreement and in a relatively short time acquired a good understanding of the tricky issues.