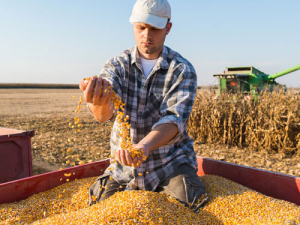 The US Government is rolling out US$12 billion worth of aid to farmers caught up in trade wars, triggered by President Donald Trump.

The US plans to provide subsidies to farmers and buy unsold crops, among other measures; farmers of commodities like soybeans, sorghum and wheat will receive most of the aid.

Trump had promised the aid after fierce criticism from farmers, an important part of his support base. The US Department of Agriculture (USDA) estimates the trade war is costing US farmers about US$11 billion.

US Secretary of Agriculture Sonny Perdue yesterday announced that the USDA will take several actions to assist farmers in response to trade damage from “unjustified retaliation”.

“Specifically, USDA will authorise up to US$12 billion in programs, which is in line with the estimated US$11 billion impact of the unjustified retaliatory tariffs on US agricultural goods. These programs will assist agricultural producers to meet the costs of disrupted markets.

“This is a short-term solution to allow President Trump time to work on long-term trade deals to benefit agriculture and the entire U.S. economy,” Perdue says.

He says the President promised to “have the back of every American farmer and rancher, and he knows the importance of keeping our rural economy strong”.

The first assistance is expected to be distributed by the beginning of September.