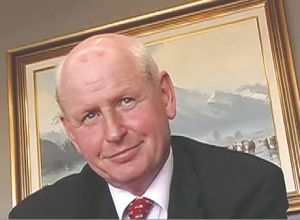 REMOVAL OF excess capacity is a key to breaking the impasse in the meat industry, says Anzco Foods chairman Sir Graeme Harrison.

This will ultimately be achieved, either in a relatively orderly way or through company collapses, he says. “Either way, Anzco Foods as a predominantly beef company intends to remain a part of the New Zealand meat industry,” Harrison told Rural News.

His comments come as farmers make another push for merging co-ops Silver Fern Farms and Alliance in a bid to lift returns. However, combining the co-ops is unlikely to be enough to change the industry’s performance, strategy and structure.

SFF and Alliance collectively hold a market share of only 53%. Adding the private Affco and Anzco companies would bring total processing capacity to nearly 80%.

According to Harrison, Anzco supports the objective of New Zealand meat industry consolidation. But it is a strong believer in the importance of creative tension, regardless of the business sector, he says. “It has been unfortunate that focus has been given to the model of a single dominant player.

“ANZCO owned no slaughter plants 20 years ago and was a sheepmeat company, yet has transformed itself to become the industry’s second largest beef processor.  It is important that such an opportunity is never lost to some other future industry player to be able to do the same, whether it is farmer or privately owned.”

Harrison, who has been associated with the meat industry for 40 years, also holds directorships in dairy and fishing sector companies.

He says land use competition with dairy and dairy support is the major challenge facing the red meat sector.

While improved market access and consumer demand in Asia looks set to improve the prospects for beef, the sheep sector will continue to be highly challenged unless returns for all items, and especially wool, can be lifted significantly, he adds.