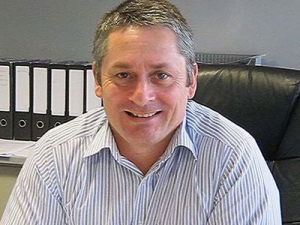 The opportunity for high-quality wool carpets in the world beyond New Zealand and Australia is massive, says Cavalier Corporation chief executive Paul Alston.

Cavalier announced last week it is revamping its export focus to significantly grow its business internationally beyond its traditional markets in NZ and Australia.

“We do sell at the moment into the US, Canada, the UK and Europe and a bit into Asia. It is only a small part of our business but we are looking to have more focus in that area, particularly more products, and we are just making plans about how we do that,” Alston explained to Rural News.

“The world is a big place and... how we target that market is in the early stages of planning. But we will move forward as quickly as we can now the company is on the right trajectory.”

International sales functions beyond the Australian market will be returned to NZ, Alston says. An experienced salesperson who was the company’s general manager international based in Australia is doing the rest of the world role. That function is being returned to NZ.

“Coming back to NZ there is a refocus; we are doing research and will be targeting the rest of the world in what we see is an area of growth.”

They are looking to “potentially change the way we do things”.

Cavalier in February reported first-half net profit of $1 million in the six months ending December 31 following restructuring and plant rationalisation. This followed a loss of $2.1m in the financial year to June 30 2017.