Wool changes must be industry-led – Shadbolt 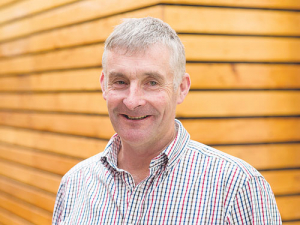 The Wool Summit had an air of collaboration and an understanding of the need to consolidate the industry, says Wools of New Zealand chairman Mark Shadbolt.

However, Shadbolt told Rural News, any change needs to be commercially not politically led. But he says the Government, via the Ministry for Primary Industries, has a role to play in maintaining the momentum started by the recent summit.

“I don’t think anybody has a magical answer,” says Shadbolt.  “Change in this industry will come about commercially not politically. But where we can consolidate and work together for the good of the industry, well and good.”

Up to a dozen commercial players and other organisations in the wool industry attended, Shadbolt says.

“I think everyone was a bit hesitant about what they were saying and that indicated a spirit of willingness rather than aggression.”

Improvement has to come from a consumer-led initiative, he says.

“We need to focus more attention on getting wool away from the floor because it is so price-centred that it is never really going to change the profitability for the growers or the New Zealand industry -- and I incorporate those two areas together.”

A commercial strategy needs to be developed further.

“What I am hearing since the meeting is a willingness to collaborate and it is not unfair to say that Wools of NZ collaborates with most of the commercial players in New Zealand in one form or another, whether it be with our NFX or our wool tender; there is a range of things.

“That collaboration is going on and it frustrates me that everybody says wool industry players stand back from each other. That is very far from the truth.”

Shadbolt says it is important for the wool sector to tell its story.

“There is huge opportunity ahead of us in the next 10 years because of the move against plastics. We need to be out there telling the positive story about wool and all the different areas it can be used in.”

The bottom-line question is who will pay for it? he says

“I got the sense there is a group within that meeting that wanted the Government to fund it. They will only fund it if we can prove as an industry that we are organised. The next step is how we get ourselves organised to leverage that financial support from Government.”

A key is to keep the momentum up.

OPINION: It’s hard work as a strong wool grower but I firmly believe New Zealand wool is on its way to reinventing itself.

In November wool-growers will vote on a proposed merger between grower-owned export and marketing company Wools of New Zealand (WNZ) and Primary Wool Co-operative to form a fully integrated supply chain business.