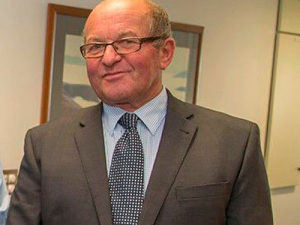 Long-time wool man Derrick Millton believes there is ‘no other way’.

The wool industry has to be restructured; there is no other way, says prominent grower Derrick Millton.

And the long-time wool man reckons it may require a bold move by the Government as happened with the dairy industry.

“There is a real commitment by people to work together purely because the price of wool is so low and it is so uneconomic,” Millton told Rural News.

“There will need to be some rationalising and some of these things we have discussed over the last 15-20 years will probably become more doable because there is no way other than to restructure the wool industry now.”

There may be some amalgamation of the clip, he says.

Millton claims that Wools of NZ under Mark Shadbolt’s chairmanship is starting to make headway.

“So there is a chance of amalgamations around the progress he is making.” Millton, a WNZ shareholder, believes the model is starting to work with greater volumes.

“I think Wools of NZ have come through a very difficult five years and is now looking quite positively to having some role in amalgamating the strong wool industry.

“From a grower’s perspective Wools of NZ has really put together something that will be achievable in the future. A lot is traded on different markets and by different organisations; dividing and ruling won’t get the wool industry off the mark.

“We have to be quite bold in whatever we do. And if the Government can help us to achieve that bold move that we need, just as they did with the dairy industry some years ago, that may be the catalyst it will take.

“We are encouraged by the Government’s need to push the wool industry along,” he says.

The sheep industry is on a bit of a roll and it’s the wool industry that is holding it up, Millton says.

“If we get that part of it right we may well be able to be environmentally smarter by having perhaps a greater number of sheep in the industry.”

Millton says the numbers who volunteered for committees at the Wool Summit organised by Agriculture Minister Damien O’Connor was heartening.

“I am impressed by what the minister is trying to achieve here. The staff he has put onto this project are quite substantial, so the wool growers ought to be happy with that.

“It is a good initiative. The go-forward is to get some groups going to progress this discussion.”

The general manager wool at PGG Wrightson, Grant Edwards, says there is a proposal in front of those who attended the wool summit to now split into three sub-groups.

“The key takeout for me was the appetite for the Government and the minister to support our industry and look at ways to further improve it,” says Edwards.

“One of the key things is to get more collaboration across the total industry. To me the summit was to bring people in the industry together in one room to look at ways to enhance our industry.

“From there the proposal from MPI is to form sub-groups to develop key things” -- telling the story, connecting the value chain from farm to consumers and a future vision for the industry.

People know of the need for urgency and that is the next step, Edwards told Rural News.